Havel was an influential anti-communist dissident, playwright, and politician. Here are 10 facts about Vaclav Havel.

1. Havel’s plays were banned by the communists 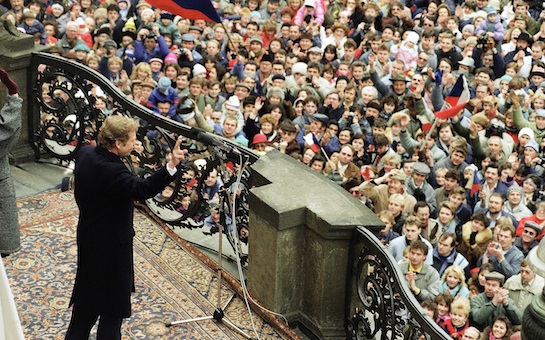 During the Prague Spring, Havel became internationally recognized for his plays. After 1968 and the Soviet invasion of Czechoslovakia, Havel was blacklisted, his plays were banned in his home country, and he was restricted from travelling abroad.

Havel was in and out of prison throughout the 1970s and ’80s due to his writings. While in prison, Havel wrote his most famous essay, The Power of the Powerless, a devastating critique of totalitarianism. Fellow dissidents spread illicit copies of the essay throughout Warsaw Pact countries by samizdat.

4. Havel was inspired by a psychedelic rock band to start a human rights group

When communist authorities arrested a Velvet Underground-inspired band called The Plastic People of the Universe, Havel and other activists drafted the Charter 77 Manifesto. The manifesto called on Czechoslovakia and other Warsaw Pact countries to abide by the human rights provisions in their constitutions. The communist regime suppressed publication of the Charter 77 text and declared it  "an anti-state, anti-socialist, and demagogic, abusive piece of writing."

5. Havel was a leader of the Velvet Revolution 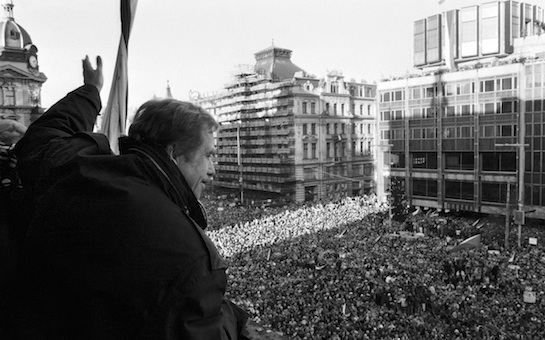 In 1989, Czechoslovakia shrugged off the communist government in a series of massive, non-violent protests known as the Velvet Revolution. Havel became the first democratically elected president in 44 years.

"People, your government has returned to you!" he told Czechoslovakia in a New Year’s Day address in 1990.

5. After being elected president, Havel invited Lou Reed to hang out 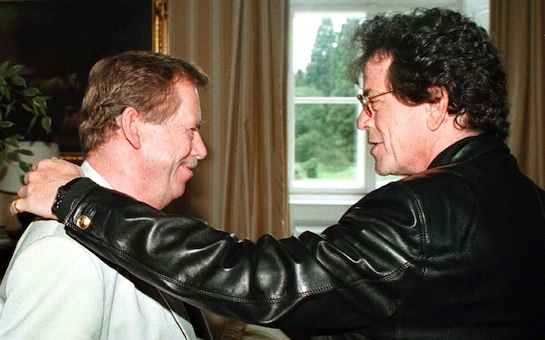 Via the New York Times: "In the first months of [Havel’s] presidency, visitors to the labyrinthine Castle included Frank Zappa and the Rolling Stones. Mr. Havel covered a side of the building with a large neon-red heart, and pedaled the corridors with a child’s scooter."

Another of those guests was Lou Reed, whose band had indirectly inspired the Velvet Revolution. Havel told Reed, "Did you know that I am president because of you?" 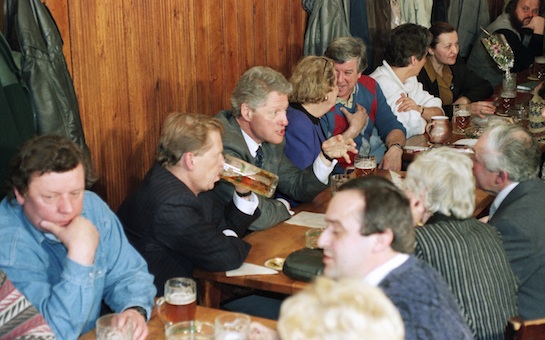 Never one for stuffy meetings, Havel often slipped out to local bars with visiting heads of state. When Bill Clinton visited the Czech Republic in 1994, Havel took him and Madeleine Albright to U Zlatého Tygra (The Golden Tiger) to show them a real Czech pub.

7. Havel brought Lou Reed along to the White House

[Havel and Reed] shared not only a taste in music, but a sardonic humor and detestation of shallowness, pomposity, and conformity. Both found journalists tiresome. Both shared vices: smoking, drinking, and late nights. When the Czech president was invited to the White House in 1998, he demanded that his friend Lou be invited too. It was the height of the Monica Lewinsky scandal. A singer whose lyrics featured oral sex, drug use, and mental illness made the officials nervous. Mr. Havel was firm; a carefully vetted performance ensued, to the delight of the beleaguered Clintons.

8. The Dalai Lama was also a friend of Havel’s 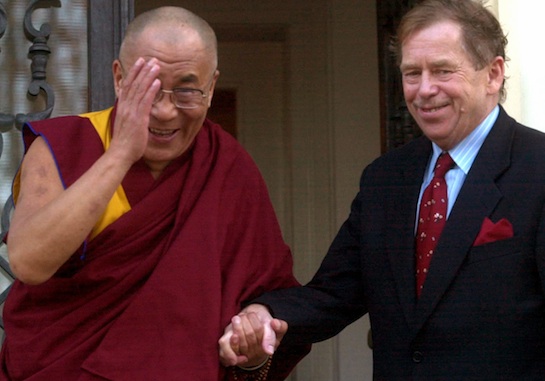 And they spent hours meditating together.

9. The E.U. honored Havel with a giant neon heart

After his death in 2011, a giant neon heart was installed at the European Parliament building in Brussels, similar to the one that hung over Prague Castle during Havel’s presidency.

Havel always drew a tiny heart after his signature, and the symbol was closely tied to his personal motto: "Truth and love must prevail over lies and hatred."

Havel’s last public statement was in support of political prisoners in Belarus.

10. Finally, here’s a picture of Havel smoking with Frank Zappa 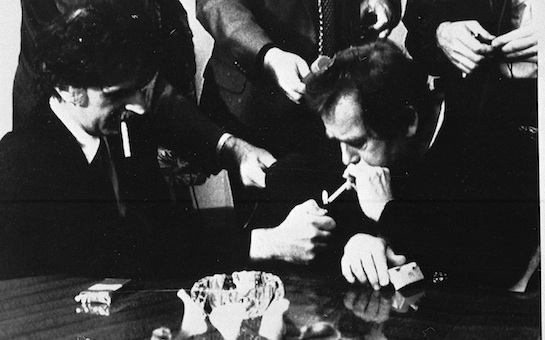