The best narrative art eschews didacticism in favor of subtlety and nuance and moral reflection. The Polish film Cold War, released last year and directed by Pawel Pawlikowski, is no exception. It tells the story, inspired by Pawlikowski's parents, of Wiktor Warski (Tomasz Kot) and Zula Lichón (Joanna Kulig), whose amour fou burns against the backdrop of postwar Europe.

Wiktor's passion for Zula consumes him. It haunts him for years after he flees Poland, and drives him to return despite the certainty of imprisonment. Zula herself is a beautiful, broken creature, the victim of abuse, talented but insecure, flirtatious, charming, impetuous, melancholy, who dulls her anxieties with alcohol. This passionate and doomed romance also has a political dimension. Which is why Cold War is not just melodrama. It's a masterpiece.

The film is a subtle but devastating critique of the socialist phenomenon. Wiktor and Zula meet shortly after the end of World War II, when Wiktor is tasked with assembling a musical troupe that will perform folk music for the nomenklatura of the Soviet client government. With his partner, choreographer Irena Bielecka (Agata Kulesza), Wiktor tours the countryside, recording ancient melodies. They occupy what looks to be an old estate—a ruin of the ancien régime—where they hold auditions. Among the aspiring dancers and singers is Zula, to whom Wiktor is immediately drawn. Irena doesn't share Wiktor's enthusiasm, especially after Zula performs a song from a Soviet movie. But she relents. Zula joins the group. 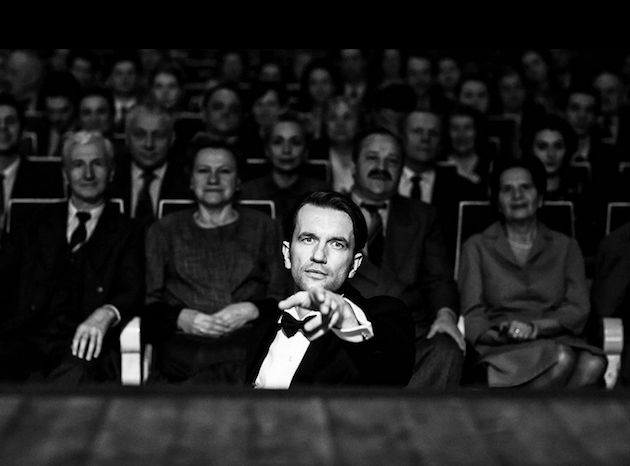 Its fate is intertwined with the conformism, corruption, and coercion of socialism. Near the expropriated property where Wiktor, Irena, and Zula reside is a devastated church. The art on its walls has been blotted out. Of one painting only Jesus' eyes remain. They gaze silently and sadly on the human folly before them. During a tryst in the field beyond the church, Zula confesses to Wiktor that she has been informing on him to Lech Kaczmarek (Borys Szyc), a sort of commissar assigned to Wiktor and Irena. Kaczmarek wants to know if Wiktor is politically correct, if he believes in God. "Do you? I do," Zula says. It's a belief that can be admitted only in confidence. Wiktor, who doesn't answer, is furious Zula has been spying on him. But he can't remain angry for long. Not at her.

Kaczmarek is ambitious. After the group makes its debut, he accompanies Wiktor and Irena to a meeting with a party official. The peasant songs and dances are wonderful, this apparatchik says, but perhaps you could add a few numbers on the glories of land reform and revolution. Irena blanches at the idea. Kaczmarek interjects and says they would be happy to make the change. Wiktor, while noticeably uncomfortable, is silent. He seems ambivalent about the world around him, focusing instead on his artistic and emotional life. He conducts the chorus, whose eclectic and intricate folk costumes have been replaced by drab uniforms, in a tribute to the leader of the global proletariat as Stalin's glowering portrait is raised in the background. Irena looks on in disgust from the audience before leaving her seat and exiting the frame. She's never seen again. 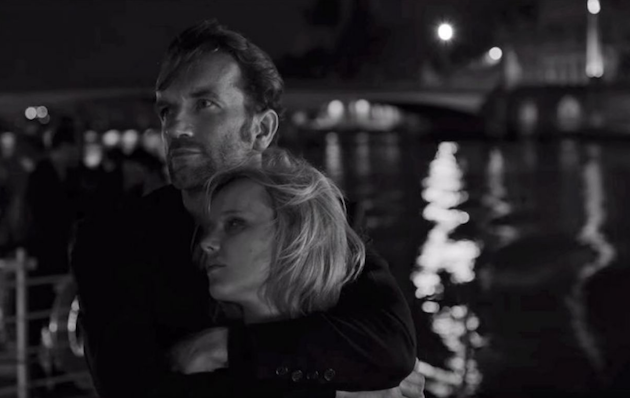 Some critics dislike the episodic mode of storytelling in Cold War, which jumps from year to year. What they miss is that these glimpses into an increasingly remote past illustrate the creeping, insidious nature of socialist authoritarianism. Wiktor makes his escape to the West during a visit to East Berlin in the early 1950s. He waits for Zula to join him—she never arrives—before crossing alone into the French Sector. I admit I was somewhat surprised at the ease with which Wiktor defects. Then I remembered the Berlin Wall wasn't built until 1961. Communist subjects lucky enough to wind up in East Berlin before that time had a decent chance of reaching freedom. Before the Soviets locked them in.

Wiktor ends up in Paris, where he plays piano at a jazz club and scores films. It is here that the contrast between socialism and democracy is most explicit. The music in Poland alternates between ethnography and propaganda, while France is alive with the improvisations of jazz and the boisterousness of rock ‘n' roll. The audiences in Warsaw Pact nations are drab, monotone, devoid of eccentricity or novelty in favor of an ethnicized socialist ideal. In Paris, the music venues are filled with bohemians and servicemen, with men and women of European, American, African, and Japanese descent. However, the uncertainty and turbulence to life in democratic capitalist nations can be both invigorating and unsettling.

When Zula joins Wiktor—she leaves Poland legally by marrying an Italian who she summarily abandoned—she is ill at ease. Zula is the type of person who, prone to extremes of temperament and comportment, would not fit fully in any community. But she is especially unhappy amidst the whirl of Paris. Pawlikowski perfectly captures the clash of Zula's psychology with Western freedoms in a sequence where she drunkenly dances to "Rock Around the Clock," swinging from partner to partner until, having climbed up on the bar to dance alone, she falls into Wiktor's arms. Not long afterward, she leaves him once again.

When Wiktor learns that Zula has returned to Poland, he visits his homeland's embassy and expresses a desire to follow her. The consular officer can't believe his ears. "Why would you want to go back?" he asks. Why, indeed. Wiktor can't help it. He isn't thinking straight. He is fixated on Zula. The paradox of Cold War is this: The imperatives of private life lead Wiktor to sneak back into a land whose politics make private life impossible. Wiktor does not learn this lesson until too late. But it is not too late for us.