No one ever said chasing down the future of the Republican Party was going to be easy. No amount of money or wasted breath could manufacture the North Star of the GOP inside Washington. Republicans were always going to have to leave the gilded capital city to find the gold.

Why has Garcia thrown her hat in the ring? I got an answer only after a 15-hour quest that brought me from my Capitol Hill abode to a modest Dunkin Donuts off the strip in Salem, NH.

"My basic responsibility and priority is to vote in a way to keep the federal government from being an obstacle to prevent New Hampshire from solving its challenges," Garcia told me as I sipped on my coffee. She herself abstained from DD—apparently not requiring the sweet nectar as she balances family, legislating, campaigning, and teaching the harp. Or perhaps she was jonesing off the WMUR poll that popped that afternoon showing her within spitting distance of Kuster.

Before I pulled up to the quaint Dunkin Donuts off of South Broadway, I had a lovely two and half hour tour of the Jersey tarmac after landing in Newark the day after Super Bowl 48. Then came a trudge north of the Wall in western Massachusetts, to Garcia’s originally scheduled meet-and-greet with a GOP group. The event was cancelled (surprise!) due to weather.

By the time I arrived to the DD for the interview, I could have used a WMUR poll to pep myself up, too. Or I could have gone with soothing my weary spirit to the smooth dulcet tones of The Seraphim Duo.

The Seraphim Duo is the name of Garcia’s ensemble. She plays the harp with her sister and fellow New Hampshire state legislator Bianca, who holds it down on the flute. You wish your state's legislators were this talented. 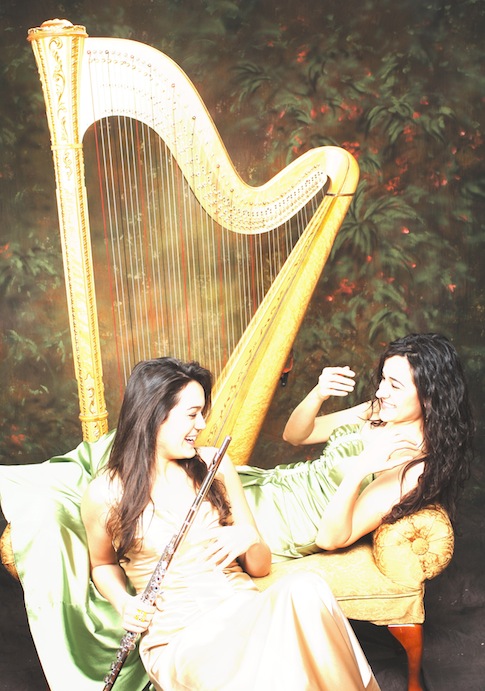 The harp has been the one constant in Garcia’s life. She first plucked the strings when she was 12 years old. The ethereal instrument has allowed Garcia to travel the world as a member of the Youth Orchestra of the Americas. "It broadens your horizons and gives you perspective," she says. "What motivates me is, when I come back to the United States, I have the blessing to have been born and to serve here."

What makes a harpist a good politician?

"Aside from basic things like intelligence, good judgment, critical analysis, there’s an element of performing in being in office. You have to present yourself well, you have to communicate to your audience. You have to have composure and plan ahead when you address your points. You have your crescendos and codas. You have to be comfortable talking to an audience. That was a very specific connection that I was able to capitalize on. My legislature is different, in that there are 400 members, and when you want to speak you have to go in front of the entire group. It was no problem for me, while my colleagues are terrified. This is easier than playing the harp!"

Considering Garcia had already performed in front of thousands in exotic lands, completed a term in the state legislature, and begun work on her master's from Harvard’s Kennedy School by the time she was my age, it's hard not to be a wee bit overwhelmed by her accomplishments. There are empowered women, and then there’s Marilinda. So I asked her, in your personal life, have you ever intimidated other guys?

She could see where I was coming from.

"OK, I have a master’s from Harvard, I’m tall, and I’m an elected official, people can be intimidated. But I don’t really see myself that way," Garcia said. "I would say that it is something unique to our generation, with women who are highly educated and have strong careers, you need someone that respects you, that admires you, has comparable values, that wants to see you succeed."

Garcia found that someone in Dr. Basil Antoniou. They were engaged last month. Sorry, fellas. 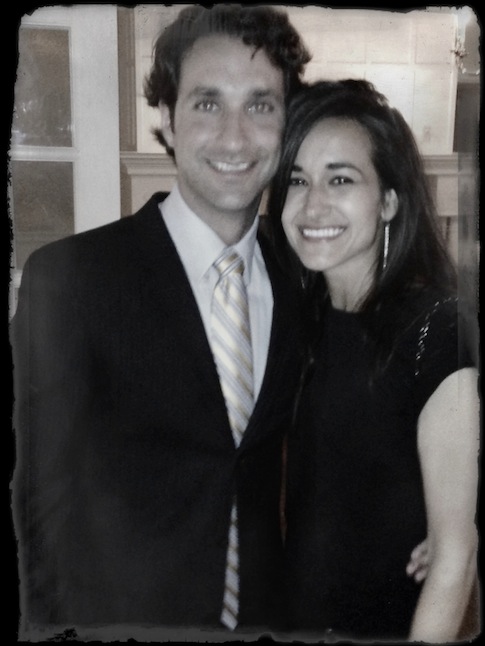 The road from adjunct harp professor to congresswoman is a road less traveled. I think Louie Gohmert may have dabbled in the mandolin back in the 1970s.

"When I first ran, it was basic civic responsibility," Garcia said. "When I was 23, I graduated from college, got a part time job, and helped out on a campaign. It’s never been a personal ambition of mine to run for office, I consider it more of an aspiration and I always have. Around that time someone suggested, Why don’t you run yourself? And I went, ‘There’s way to make sure whoever is in office reflects my values.’ So I did and I won and it’s gone on from there."

Much of what makes us who we are is drawn from childhood. So I asked Garcia, what was home like?

"My mom is from Italy and my dad is from the Southwest. They both went to college in Boston and I was born there," she said. "We moved to New Hampshire when I was 5 for the better quality of life. I think my parents were independents, but the values of personal responsibility, individual liberty, and small government, low taxes, were things that resonated with my family. I registered as a Republican when I first voted at 18. It wasn’t as though we grew up with the GOP. It was more of a natural evolution."

I wished Garcia good luck on her campaign, and she offered suggestions for food. Whether it was performing a sonata with her sister before two straight sold-out shows in Peru with the Youth Orchestra, or a public serenade as the New Hampshire House Majority Whip, everything about Marilinda Garcia comes naturally. And that's as best as we can hope for the future.