The General Services Administration official responsible for the agency’s lavish 2010 conference at a Las Vegas resort received only “a slap on the wrist” after agency administrators became aware of the wasteful spending, according to an internal GSA email released by the House Committee on Oversight and Government Reform Friday.

The lobbying industry’s favorite senator has turned Big Bank protections into a flood of campaign cash. Sen. Jon Tester (D., Mont.) received nearly $300,000 from lobbyists in 2012, making him the top recipient of K Street dollars, according to the Center for Responsive Politics. 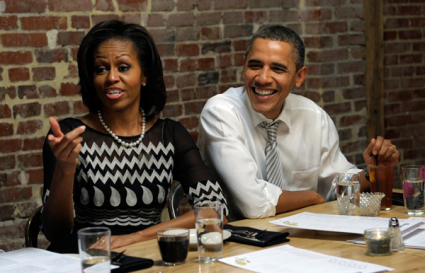 President Obama and his wife, Michele, gave a total of $48,000 in tax-free gifts to their daughters, according to tax records made public on Friday.

Vice President and baby whisperer Joe Biden on Thursday said the Republican “war on women” is real, and must be won by Democrats in order to install a liberal majority in the Supreme Court. 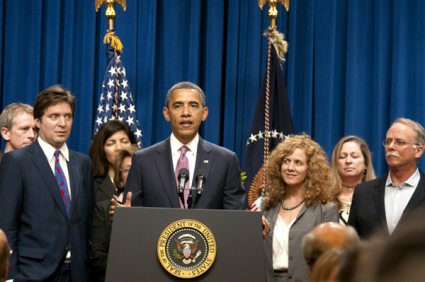 An ultra-wealthy hedge-fund manager who is supporting President Obama’s effort to raise taxes on 4,000 millionaires is heavily invested in companies that benefited from taxpayer-funded bailouts.

North Korea’s botched missile launch late Thursday has caused the communist regime great embarrassment at home and brought tension with the West to newfound heights, according to several defense experts who have been tracking the regime’s attempts to covertly build and launch a ballistic missile. 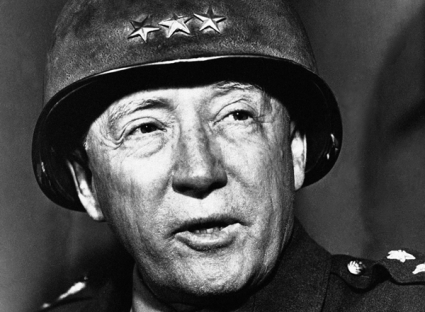 As a political slogan, “war on women” is so broad as to be meaningless. The very notion is ridiculous, absurd—a gimmick to quicken the heartbeats of Democratic activists and political correspondents. How can a political party that won the allegiance of half the country in the most recent election be fighting a “war” on a particular sex? Who started this war? Where are the fronts? Who are the soldiers? Will it end by treaty? Why isn’t Rand Paul demanding a formal declaration?

House Republicans are set to introduce legislation next week aimed at clarifying recent laws by affirming that all U.S. detainees maintain due process rights amid concerns over the erosion of individual freedoms. The divisive issue of detainee legislation nearly derailed passage of the 2012 Defense Authorization Act, according to lawmakers involved in the debate.