In Mitt Romney’s America we may have been deprived of the greatest study of our time: NPR's What Constitutes Being A Bro?

Season one of "What Would Ryan Lochte Do?" concluded this Memorial Day weekend with our he-bro romantically destitute, and describing love as only he could: 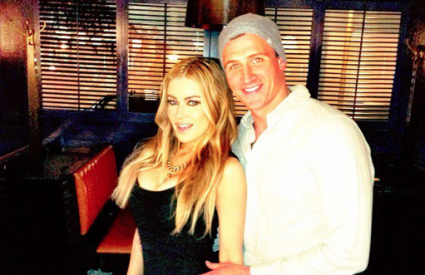 Joseph Campbell’s monomyth has the following structure: a reluctant hero sets out on a fantastic journey where he endures trials and tribulations in order to claim victory over a malevolent foe. “What Would Ryan Lochte Do?” is the E Network’s very own monomyth. In this week’s journey from Gainesville to Los Angeles, our hero faced his first existential crisis. Does Ryan answer the beckoning call of a post-swimming career designing neon pink New Balances in the City of Angels? Or does he remain Lord of Gainesville, spending his golden years zip-lining with the "Lochterage" and sampling every type of sushi at Dragonfly with UF undergrads? Ryan credits his coaches and photographers for his aptitude in the pool and at photo shoots. But, to Ryan's dismay, there is no life coach on the Lochterage payroll. Where does our hero belong on this big, beautiful, blue Earth? 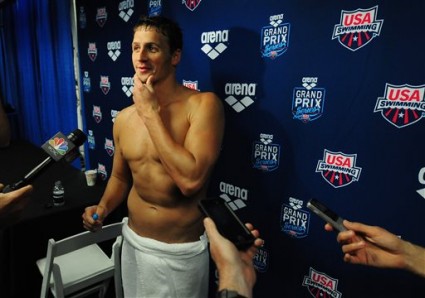 What did we learn in last night’s chapter of What Would Ryan Lochte Do? We learned that while Ryan may share the abdominal muscles of Greek gods of yore, he also worships at the existentialist temple of Jean-Paul Sartre. A true student of “Existence Precedes Essence” would don this shirt to go zip-lining with this week’s crush and fellow Olympian Chantae McMillan. 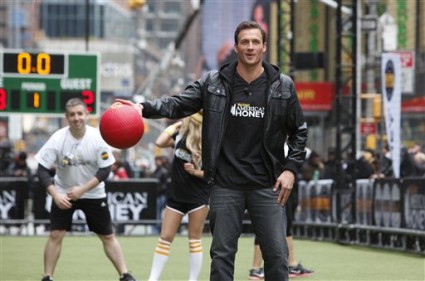 In days long lost, the Greek state Sparta earned military supremacy by training its warriors in harsh and brutal conditions that eschewed ‘love’ and ‘affection’ and focused only on victory in combat. Or at least that's what I learned from 300. Ryan Lochte is a modern day Spartan. Until now, Ryan’s flamboyance in What Would Ryan Lochte Do? was illustrated by his Air Lochtes and dogged adherence to being ‘turnt up.’ But in this week’s chapter, America saw that arrogance can be earned through the wars between the lane lines. America saw his Spartan lodging, as this warrior requires only a couch, a television, a refrigerator, and a bed. America saw his five-hour 'Strongman workouts' in a neighborhood cul-du-sac. 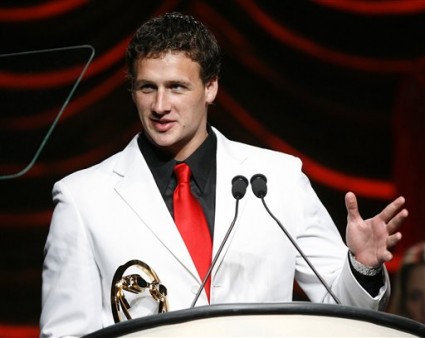 In last week’s episode of  What Would Ryan Lochte Do?, America was introduced to the concepts of being “turnt up” and the “Lochteturage.” The season-long theme of the  family-orientated, champion Olympian searching for his soul mate continued. In this week’s episode America learned that, as much as Ryan might pursue Sophia, his heart truly belongs to his mother, Ike. This week they took a few days to visit the nation's capital for a Parent Project Muscular Dystrophy charity event. After a day of sightseeing on the National Mall and tutoring Ike on the proper pronunciation of “Jeah!,” Ryan and his mother drop by Local 16 for drinks. At Local, though, even world champions fall into the same snares as countless D.C. bros:

The low ratings for What Would Ryan Lochte Do? have spawned more vitriol than usual from the blogosphere. Numbers for the premiere were low (about 800,000 viewers) considering it had the greatest lead-in ever for the E! Channel: a four-way between Ryan Seacrest (who, I am not kidding, should moderate a presidential debate next cycle) and the Kardashian Chimera. That crime against humanity drew more than a million and a half people. The debut prompted a reaction, in reviews and in commentary, in which everyone seemed dumbfounded that Lochte is as dopey as the commercials for his show advertised. How about that, ads that actually accurately portray a product! Still, I’m disturbed by the glee these writers have had in seeing who can clown on Lochte the most.

E! Television knows its role. Originally an entertainment news channel, the network has mutated into its current incarnation thanks to the insidious career maneuvering of one Kimberly Noel and the rest of the Kardashian horde. And though the Kardashian empire was built from the foundation of a 'leaked' porno, programming such as Married to Jonas and Ice Loves Coco allows the public to peek into the lives of actual, talented artists. Even so, the audience is much too aware that the plots of E! shows are meticulously constructed and produced. So E!’s latest offering promises the spontaneity and excitement of true reality television with a simple question: What Would Ryan Lochte Do?