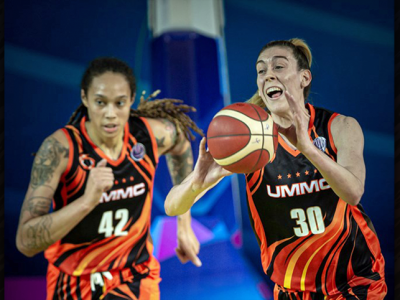 A new poll from the Washington Post reveals most Americans agree: Transgender athletes in women’s sports should be sidelined.

Fifty-eight percent of respondents said transgender female athletes should be banned from professional competition. The same number agreed for college sports, and 55 percent and 49 percent of respondents supported a ban on transgender females in high school and youth sports, respectively. Nearly 70 percent said transgender girls would have a competitive advantage. The poll, which was conducted in concert with the University of Maryland's Center for Democracy and Civic Engagement and the Shirley Povich Center for Sports Journalism, surveyed more than 1,500 people nationwide in May.

Transgender participation in sports was thrust onto the national stage this year when Lia Thomas, formerly William Thomas, won the NCAA Women's Division I Swimming and Diving Championships 500-yard freestyle event in March. Thomas’s swim time smashed national women’s records, and the athlete leaped from ranking 65th among collegiate men to first among collegiate women in the event.

In the past two years, 18 states have passed laws to limit or ban transgender athletes from female interscholastic sports. Louisiana took the most recent legislative action last week, prohibiting biological males from participating in women's sports.

Identifying as transgender is becoming more common, especially among young people. More than 1 percent of people aged 13-17 identify as transgender. That figure is only half a percent for people over the age of 18.