The left-wing Center for American Progress received between $500,000 and $1 million from the government of the United Arab Emirates last year, according to donor lists released by the group on Wednesday.

"Our policy proposals and the work we do — whether it’s attacking deregulation of the banks or criticizing defense spending — we take our positions on the merits, and for no other reason," CAP president Neera Tanden told the Washington Post.

However, the group has frequently praised its Arab government financiers. Here are five of the most glowing statements about the UAE from CAP and its "Action Fund" arm:

1. The place is simply amazing. 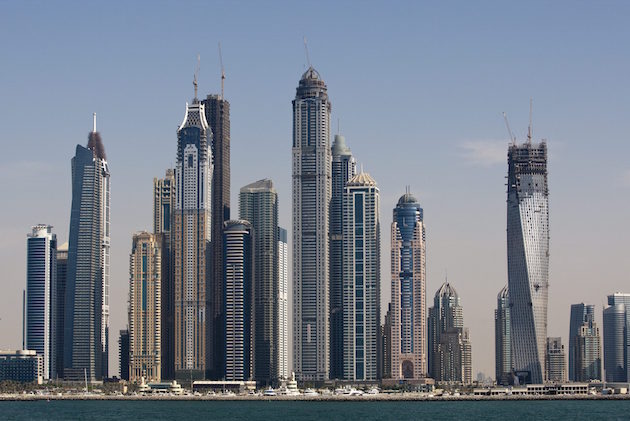 The United Arab Emirates amazes visitors with its growth and ambition. Its skyscrapers, malls, manmade islands, and the crane’s ubiquity only partially reveal the scale of its plans. The political leaders and the populace see themselves as leaders in the Middle East—bringing their neighbors kicking and screaming into an increasingly interconnected and competitive world, where a tolerant form of Islam pervades. Yet they aim to preserve their Emirati culture and makeup—no easy task as the Emirati population shrinks to less than 20 percent of the population.

2. Just look at all these great tourist attractions. 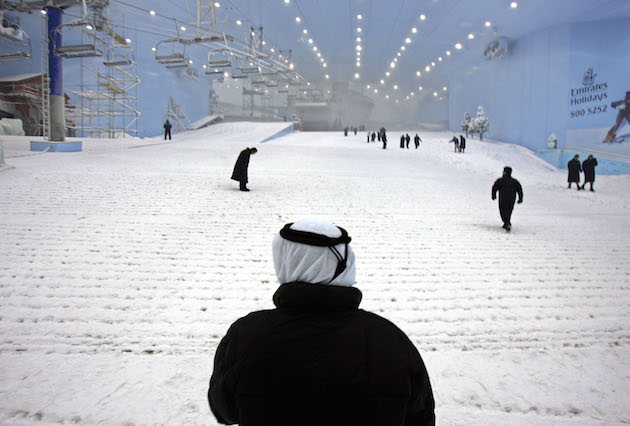 The UAE … is known for many things these days: an indoor ski slope in the desert, man-made islands like the Palm Island shown here (where our delegation just had dinner at the home of a senior government official), and a rapidly expanding skyline of luxurious hotels and office buildings …"

3. You can even visit during its scorching-hot summers.

Sheik Mohammed bin Rashid al-Maktoum, United Arab Emirates Vice President and Prime Minister and Ruler of Dubai, is overseeing the Dubai Holding-financed Mall of the World. The integrated city will feature temperature-controlled streets covering nearly 4.5 miles as part of a vast entertainment- and luxury-driven effort to encourage tourists to stay in the city for up to a week straight.

"Our ambitions are higher than having seasonal tourism," Mohammed said in a statement about the plan. "Tourism is a key driver of our economy and we aim to make the UAE an attractive destination all year long. This is why we will start working on providing pleasant temperature-controlled environments during the summer months. We are confident of our economy’s economic strength, optimistic about our country’s future and we continue to broaden our vision." 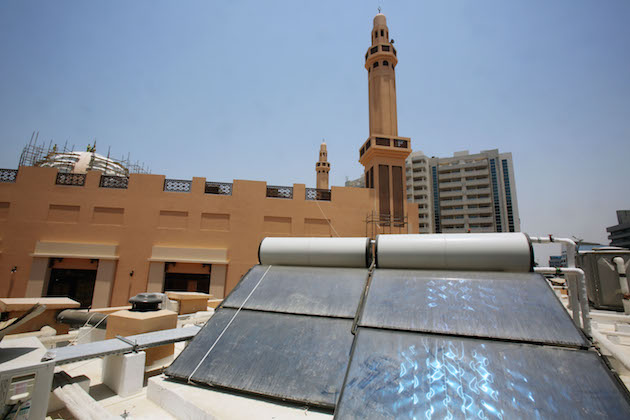 You may know the United Arab Emirates for planning a refrigerated beach or an indoor ski slope. You may know it for the world’s tallest building, the Burj Khalifa.

You most likely know it for the large quantities of oil and gas it has sold on the global market for over three decades. You may know it for Masdar City, billed as the world’s first carbon-neutral city. You may also know it gets a lot of sun.

What you may not know is that the UAE will use that insolation to power the region’s largest solar plant, which came online Sunday.

5. Don’t worry, it’s not trying to "green-wash" its role as a petro-state.

As for green washing, I came away from the tour persuaded that something very different is behind Abu Dhabi’s willingness to invest billions of dollars in an experimental city and in renewable energy projects elsewhere. Abu Dhabi and the United Arab Emirates are ruled by the sons of the late Sheikh Zayed bin Sultan Al Nahyan, who founded the UAE and who is regarded here as a visionary environmentalist. Abu Dhabi’s forward-looking commitment to clean energy appears to be a sincere act of reverence for Sheikh Zayed by his heirs and a commitment to carry on his work.