In that tweet, which as since been deleted without explanation, the group also said "we need" a Disney princess who is pro-choice, an undocumented immigrant, a union worker, and transgender. 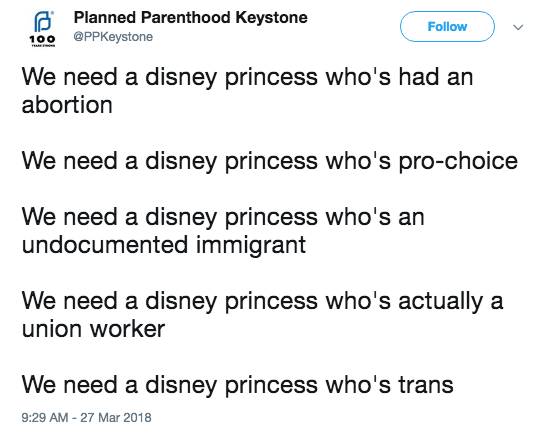 Planned Parenthood Keystone covers most of the eastern half of Pennsylvania, excluding Philadelphia: 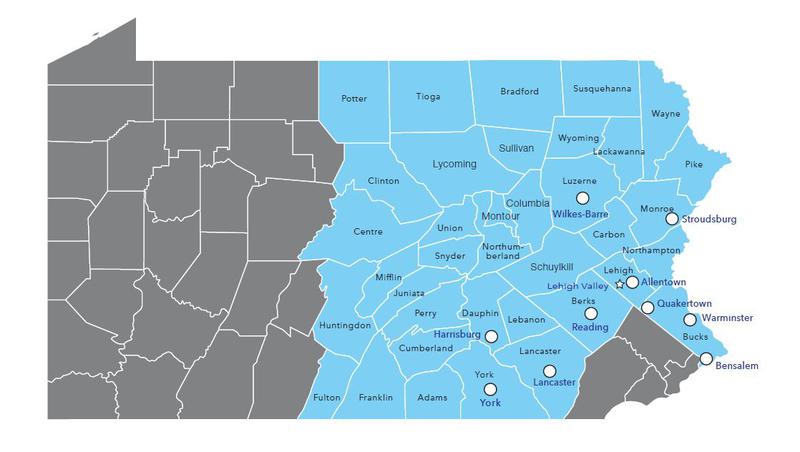 Planned Parenthood, as of 2017, receives over $500 million in government funding per year.

Missouri Dem Will Toast to Abortion With Liberal Mega-Donor