Iran’s military prowess stunned the globe in May, when one of its highly touted warships "errantly" fired a missile at another Iranian vessel, killing 19 sailors and wounding 15 more.

Iran’s Jamaran frigate—the 2010 building of which was hailed by Tehran as an engineering marvel—"accidentally" fired a live missile at another Iranian ship during training exercises in the Sea of Oman. While the military maneuvers were meant to send a warning to Western nations and the Trump administration, the "accident" turned Iran’s navy into a global laughing stock, coming just months after Iran shot down a Ukrainian commercial airliner, another incident Tehran chalked up to user error.

"This mistake appears to be beyond sloppy," Afshon Ostovar, an assistant professor of national security affairs at the Naval Postgraduate School, told the New York Times after the incident. "There was either miscommunication or someone completely failed to follow protocols. Perhaps it was a combination of both."

We tip our hat to the Jamaran’s cock-eyed commander for pushing that button by "accident." Mazel Tov, sir! You are a Free Beacon Man of the Year.

NRA Board to Hold Emergency Hearing Amid Bankruptcy Turmoil 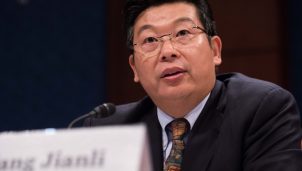 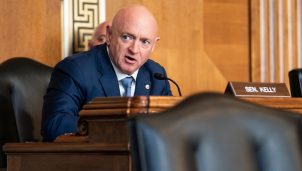 Mark Kelly Voted for $15 Wage. He Served on the Board of a Company That Fought Against Min. Wage Law.