Winston Churchill offered his "blood, toil, tears, and sweat" to fight the enemies of freedom on the beaches and the landing grounds. A sacrifice? Sure, but one that pales in comparison to that of Jesse M. Barrett.

In October, the Notorious J&B, as his friends call him, offered up his very own Handmaid to defend the United States of America from the freedom-haters of the 21st century. The South Bend attorney allowed his wife, Mrs. Jesse Barrett, to exchange her red robe and white bonnet for the black robe of the Supreme Court.

Mr. Barrett has always been a selfless man, but never was that more apparent than during his wife's confirmation battle. He shepherded the couple's seven kids through grueling Senate hearings, successfully steering them away from notorious Washington, D.C., predators known to target children. 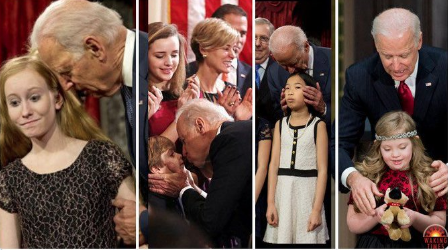 Mr. Barrett's service recalls the famous words of another great Englishman: The beneficiaries of toxic male privilege sleep soundly in our beds because rough men stand ready in the night to let their wives visit violence on the liberals who would do us harm.

This Week In Campus Insanity Vol. 28