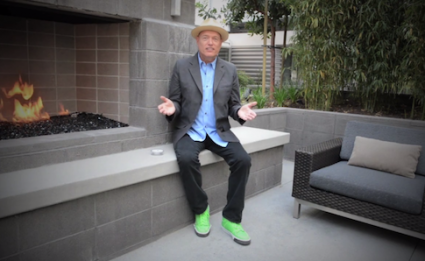 The National Institutes of Health (NIH) has spent more than $39 million on obese lesbians, origami condoms, texting drunks, and dozens of other projects that could have been scrapped in favor of developing an Ebola vaccine.

"Frankly, if we had not gone through our 10-year slide in research support, we probably would have had a vaccine in time for this that would've gone through clinical trials and would have been ready," said NIH Director Francis Collins, blaming budget cuts for his agency’s failure to develop a vaccine for the deadly virus.

However, the Washington Free Beacon has uncovered $39,643,352 worth of NIH studies within the past several years that have gone to questionable research.

Millions have gone to "text message interventions," including a study where researchers sent texts to drunks at the bar to try to get them to stop drinking. The project received an additional grant this year, for a total of $674,590.

The NIH’s research on obesity has led to spending $2,101,064 on wearable insoles and buttons that can track a person’s weight, and $374,670 to put on fruit and vegetable puppet shows for preschoolers.

A restaurant intervention to develop new children’s menus cost $275,227, and the NIH spent $430,608 for mother-daughter dancing outreach to fight obesity.

Sexual minorities have received a substantial amount from the NIH. The agency has now spent $105,066 following 16 schizophrenic LGBT Canadians around Toronto for a study on their community experiences.

The total for a project on why gay men get syphilis in Peru is now $692,697 after receiving additional $228,425 this year. The NIH is also concerned about postpartum depression in "invisible sexual minority women," with a study that has cost $718,770.

How transwomen use Facebook is the subject of another NIH study worth $194,788.

The agency has also committed $5 million to "mine and analyze" social media to study American’s attitudes toward drug abuse, and $306,900 to use Twitter for surveillance on depressed people.

On Tuesday, Health and Human Services (HHS) had to outsource efforts at an Ebola vaccine to the Baltimore-based Profectus BioSciences Inc. The company will receive $8.6 million to research and test their vaccine, a fraction of NIH funding that went to the above projects.