Liberal strategist and Lincoln Project cofounder Steve Schmidt is perhaps single-handedly responsible for the political success of Donald Trump and the breakdown in American political discourse.

That is the assessment of former president Barack Obama, who argues in his forthcoming memoir that John McCain's nomination of Sarah Palin to be his running mate in 2008 was a pivotal moment in American politics that unleashed an irreversible tide of ignorance and racism.

"Through Palin, it seemed as if the dark spirits that had long been lurking on the edges of the modern Republican Party—xenophobia, anti intellectualism, paranoid conspiracy theories, an antipathy toward Black and brown folks—were finding their way to center stage," Obama writes in A Promised Land, the first volume of his third memoir.

Palin's elevation within the Republican Party, Obama argues, "would provide a template for future politicians, shifting [McCain's] party's center and the country's politics overall in a direction he abhorred."

In fact, Schmidt is largely responsible for the decision to nominate Palin. Prior to becoming a lib, Schmidt worked as a senior adviser on McCain's presidential campaign, where his tireless advocacy on Palin's behalf ultimately persuaded McCain to make her his running mate.

As the New York Times reported in 2012: "It was Mr. Schmidt who first championed Sarah Palin as Mr. McCain’s running mate, a bold move, he told Mr. McCain, that could win him the White House."

Schmidt went on to become an MSNBC contributor, where he appears as a "Republican strategist" who regurgitates liberal orthodoxy. In 2019, he cofounded the Lincoln Project, a liberal super PAC that raised millions of dollars by producing #Resistance pornography for deranged libs.

The Lincoln Project routinely boasted about the political impact its edgy ads were having on the 2020 election, often deploying the hashtag #LincolnProjectEffect in an effort to convince liberal donors that their money was being spent wisely.

It wasn't. The Lincoln Project talked a big game about its effort to unseat incumbent GOP senators in 2020 and spent about $12 million on seven key races in support of Democratic candidates. In the end, the Lincoln Project went an abysmal 0-7 in those races, only one of which was even close.

Rep. Alexandria Ocasio-Cortez (D., N.Y.) is right—for once—to be pissed off at all the lib donors who enabled the Lincoln Project's masturbatory grift machine. The failed super PAC, she argued, was a "scam" that should not be taken seriously by anyone. 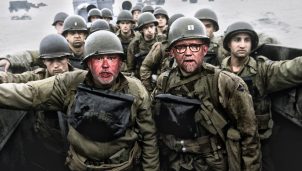 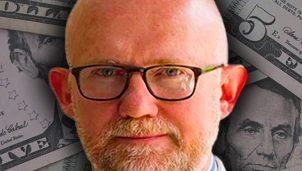