A new scientific study has shed more light on the Lincoln Project's failure to achieve its (nominal) goal of making a difference in the 2020 election by persuading Republican and independent voters in battleground states to support Democratic candidates.

The vanity super PAC, founded by a group of shlubby ex-Republican grifters, spent $12 million trying to defeat seven incumbent GOP senators and boasted frequently of its talent for producing compelling political ads. Every single one of the targeted Senate Republicans won reelection, in most cases by a double-digit margin.

According to Nick Ahamed, Priorities’ analytics director, the correlation of Twitter metrics—likes and retweets—and persuasion was -0.3, "meaning that the better the ad did on Twitter, the less it persuaded battleground state voters." The most viral of the Lincoln Project’s ads—a spot called Bounty, which was RTed 116,000 times and liked more than 210,000 times—turned out to be the least persuasive of those Priorities tested.

That's embarrassing, but only if you take the Lincoln Project founders at their word. Those same viral ads helped the group raise tens of millions of dollars from #Resistance libs, much of which was spent on services provided by businesses owned by Lincoln Project employees.

If the goal was to influence the outcome of the election by persuading voters to support Democrats, the Lincoln Project failed miserably. If the goal was to enrich a bunch of shlubby white dudes who spend way too much time on Twitter, that's a different story. Mission accomplished. 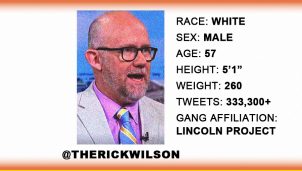 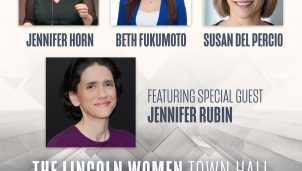