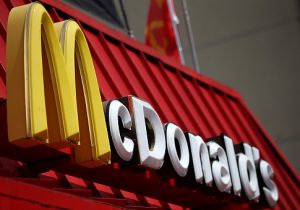 A senior Trump administration official indicated the White House will give employers more input into regulatory actions and is willing to abandon a controversial Obama-era rule on franchising.

Acting-Solicitor of Labor Nicholas Geale said in a March 17 lecture at Georgetown University that the Department of Labor would act with more "humility" when it comes to setting labor regulations. He said there would be a particular focus on assisting small businesses, which have less access to labor attorneys and the funds required for compliance fees.

"You'll see in the new administration that we will do a lot more outreach and attempt to assist, particularly, small employers who may not have the ability to have the excellent counsel like the people in this room," Geale said in remarks that were first reported by Law 360. "We're very concerned about compliance with small business. […] They don’t often have the best advice and capacity to contact attorneys for compliance. So that’s certainly going to be something that I am going to do my best to encourage the department, its agencies and the solicitor's office, to promote compliance opportunities."

Geale also said that the administration may decide to abandon the National Labor Relations Board and Labor Department efforts to hold parent companies liable for workplace violations committed by subcontractors or franchisees.

The NLRB overturned decades of precedent that held in 2015 that companies could be held responsible for misconduct by franchisees.

Several companies and industry groups have challenged that interpretation in federal court. Geale said that he did not think such enforcement actions would withstand judicial scrutiny, though he added that he would defer to the desires of the eventual Secretary of Labor.

"I do believe that the attempt to expand this [joint employment theory] to the franchisee-franchisor relationship is unlikely to be successful, just based on legal precedent," he said. "Nor do I think that would be a good use of the solicitor’s resources to attempt to bring those sorts of cases."

The Trump administration indicated in its budget blueprint that it wants to make major cultural changes at the Labor Department by refocusing its mission on "core functions," rather than regulatory expansion. The White House wants to cut spending at the agency by 20 percent.

"With the need to rebuild the Nation's military without increasing the deficit, this Budget focuses the Department of Labor on its highest priority functions and disinvests in activities that are duplicative, unnecessary, unproven, or ineffective," the brief section on labor says.

Advocates for the franchise model welcomed Geale's comments. International Franchise Association spokesman Matthew Haller said both franchisors and franchisees "have been living under a cloud of uncertainty due to the previous administration’s limitless DOL and NLRB joint employer rules."

"We are hopeful that the Trump administration, including Secretary of Labor designee Alex Acosta, will take a fresh look at these policies which are crushing the very small business owners and these American jobs the country so desperately needs to continue creating in order to make America great again," Haller said in an email.

Labor attorneys have also taken notice of the Geale's comments. Reports of the transcript prompted Jeffrey M. Rosin, an attorney at Constangy, Brooks, Smith, & Prophete to issue an alert to clients.

"Mr. Geale’s comments are a reason to hope that franchise entities will be able to stem the tide, if not turn it, of lawsuits and government enforcement actions that have alarmed the industry," he said. "Acosta … comes from a background suggesting he, too, will have more moderate views than his predecessor, [Democratic party chairman] Thomas Perez."

The future of the franchise rule will not be known until the Senate confirms a nominee—a process that has yet to play out after Trump's initial pick, fast food executive Andy Puzder, withdrew his name from consideration among reports of Republican opposition. Acosta is scheduled to appear before the Senate Committee on Health, Education, Labor, & Pensions on Wednesday.