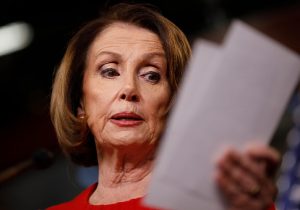 The "Win Justice" campaign was launched earlier this year by Planned Parenthood Votes, Color of Change PAC, Service Employees International Union (SEIU), and the Center for Community Change Action to target young people, voters of color, and women voters in Florida, Nevada, and Michigan with a goal of spending $30 million leading up to election day.

As part of the effort, the coalition created a federal committee called the Win Justice PAC that is run by individuals from the Washington, D.C.-based Center for Community Change Action. Deepak Pateriya, the chief of staff at the organization, is listed as the PACs treasurer. Deepak Bhargava, the executive director of the Center for Community Change, sits on the board of Soros's U.S. programs at the Open Society Foundations.

The Win Justice PAC reported $4.6 million in total contributions on its most recent filings to the Federal Election Commission, $3 million of which was provided by Soros. The SEIU, Marilyn Simons, president of the Simons Foundation and wife of billionaire hedge funder Jim Simons, and Jennifer Allan-Soros, Soros's daughter in law, provided the remaining $1.6 million to the federal PAC.

PACs were additionally created in all three states in which the campaign has focused but no financial information is available for its Nevada and Michigan PACs at this time, according to a review of state records. In Florida, the PAC's donors are accessible and updated frequently. The setup mimics Soros's methods of funding local district attorney races across the country.

The Florida Win Justice PAC has taken in $1.9 million in contributions from a handful of PACs and individual donors, including Steven Spielberg and his wife Kate Capshaw. Soros is the PAC's largest individual donor at $100,000. An additional $205,000 came from the Win Justice Federal PAC.

State Victory Action, a 527 political organization working in at least five states to impact local and state elections that is funded primarily by Soros and fellow billionaires Tom Steyer—leader of the campaign to impeach President Donald Trump—and S. Donald Sussman, has pushed $610,000 to the Florida PAC. Sussman added a $50,000 personal donation.

On Sept. 24, the PAC also received a $5,000 donation from the Pelosi-linked House Majority PAC, its filings show. Pelosi has been linked to Soros in the past.

During last year's fall investment conference of the Democracy Alliance, the left-wing dark money liberal donor network cofounded by Soros, Pelosi headlined the three-day secretive gathering alongside Soros where prominent liberals mapped out the next step in the resistance, documents obtained at the retreat by the Washington Free Beacon show.

Two of the groups involved with the Win Justice Campaign—Color of Change and the Center for Community Change—are approved organizations of the alliance, where members vow to send hundreds of thousands in funding each year to prop up the progressive infrastructure.

Expanding the electorate by 10 million voters is a primary goal of Soros, according to internal documents from his Open Society Foundations. Soros also fueled a similar campaign during the 2016 elections, called the "Families Fight Back" campaign, and bankrolled lawsuits against state voter identification laws that were spearheaded by Marc Elias, a partner at the Washington, D.C., office of the Perkins Coie law firm and Hillary Clinton's top campaign lawyer.

Pelosi's PAC did not respond to inquiries on the donation by press time.