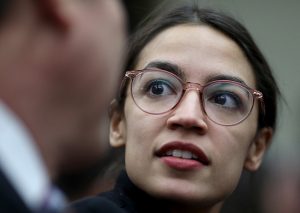 Blanca Ocasio-Cortez, the mother of Rep. Alexandria Ocasio-Cortez (D., N.Y.), said in a new interview that she moved from New York to Florida to pay less in taxes.

Blanca told the Daily Mail about the family's financial difficulties after her husband, Sergio, passed away, and how she faced foreclosure twice.

"It was scary," Blanca said. "I had to take medicine I was so scared. I had to stop paying for the mortgage for almost a year. I was expecting someone knocking on the door to kick me out at any time. There were even real estate people coming around to take photos of the house for when it was going to be auctioned. The worst is that I only had $50,000 left to pay on the loan."

Blanca eventually made a deal with the bank to avoid eviction.

"I was cleaning houses in the morning and working as a secretary at a hospital in the afternoon. I was working from 6am until 11pm. And I prayed and prayed, and things worked out. After the children graduated from college, I figured it was time for me to move to Florida," Blanca continued.

Blanca's daughter has embraced higher taxes, calling for rates as high as 70 percent on highest earners.

"You look at our tax rates back in the '60’s, and when you have a progressive tax rate system, your tax rate, let’s say from $0-$75,000 may be 10 percent or 15 percent, et cetera, but once you get to like the tippy tops, on your 10 millionth dollar, sometimes you see tax rates as high as 60 or 70 percent," Rep. Ocasio-Cortez said when explaining how to pay for environmental plans in a January interview with Anderson Cooper.

The American Action Forum projected Ocasio-Cortez's Green New Deal proposal would cost up to $94 trillion over ten years, which amounts to over $600,000 per household.