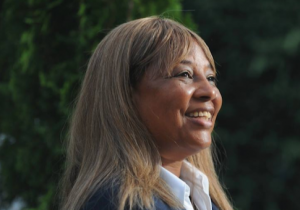 The assemblywoman spent $10,000 of stolen funds on vacation getaways–covering airline and cruise tickets for the politician and her husband–according to the 21-page federal indictment. She further used other funds to pay her lingerie tab at Victoria’s Secret, New York Daily News reported.

"As alleged in the indictment, the defendant defrauded government agencies out of tens of thousands of dollars in public funds and tried to fraudulently obtain even more," stated United States Attorney Richard P. Donoghue.

"She conducted her schemes victimizing the federal and New York City governments, and then obstructed a federal investigation into her crimes while a sitting New York State Assemblywoman.  When she learned that law enforcement was investigating her various fraud schemes, she pressured witnesses to lie to the FBI and cover them up.  This Office and our law enforcement partners are committed to ensuring that those who serve the public are held accountable under the law to the same extent as the people they are privileged to serve," he added.

New York City Department of Investigation (DOI) Commissioner Mark G. Peters described to the charges as being a result of "brazen corruption."

"The brazen corruption charged as a result of this investigation tramples on the very definition of a public servant," stated Peters.  "This elected official exploited the public she was elected to serve by stealing from City and federal programs and then concealing the fraud with false statements and asking witnesses to obstruct the investigation, according to the indictment."

As NBC New York points out, despite the fact Harris's biography calls her a "vocal advocate" for Hurricane Sandy relief efforts, part of the money she allegedly stole was money designated for FEMA relief efforts.

UPDATE 1:08 PM: This piece was updated to include additional details of how Harris allegedly used the stolen funds.