With "Good Morning America" host Robin Roberts failing to press him on the many extraordinary details and holes in his story, Smollett expressed outrage he was being doubted by anyone, cried at the idea that his assailants wouldn't be caught, and reiterated that he was targeted because of his strong words against the Trump administration.

"You do such a disservice when you lie about things like this," Smollett said last week, after claiming for weeks he had been attacked by Donald Trump supporters, called racist and homophobic slurs, had a rope tied around his neck, and bleach poured on him.

Now, Chicago police say the entire claim was bogus from the start. Investigators charged Smollett with disorderly conduct by filing a false police report, a crime punishable by up to three years in prison. They said Smollett paid two brothers he knew to "attack" him, after a hoax hate letter he sent himself didn't get the attention he wanted as he sought higher pay on the show "Empire."

CPD superintendent Eddie Johnson expressed outrage at a news conference on Thursday about the case, saying Smollett had smeared Chicago and manipulated the country's sensitivity on race in order to boost himself.

Support and praise poured in from celebrities and Democrats after the news first broke of the purported attack on Jan. 29, including presidential candidates hailing his courage and slamming the "modern-day lynching." Now, many of the candidates being asked for comment have said they want to wait for all the facts. 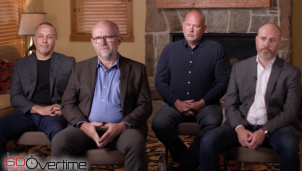 The Best of Biden on the 2020 Campaign Trail