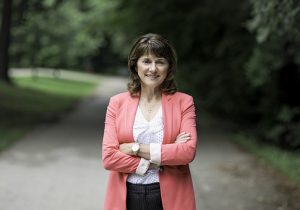 "On the heels of Senator Baldwin not having the time to meet with Judge Kavanaugh, yet having time for a fundraiser with Dr. Ford's lawyers, we now have additional uncorroborated attacks on Judge Kavanaugh being irresponsibly published by the Fake News media," Vukmir said.

Baldwin was scheduled to hold a fundraiser with the attorneys representing Christine Blasey Ford, Kavanaugh's first accuser, but the event was cancelled after media contacted the firm about the event.

"Michael Avenatti, presidential aspirant of Stormy Daniels fame, has decided he also wants to join the Democrat delay circus and what has become clear is that the Far Left is engaged in an all-out, no-holds-barred, last-minute character assassination, rather than responsibly vetting and filling a seat on the Supreme Court," Vukmir continued.

"Democrats need to stop the political posturing, and hold a vote this week on Judge Kavanaugh's nomination."

Baldwin on Monday called for the reopening of a background investigation into Kavanaugh in the wake of a New Yorker report alleging that Kavanaugh had exposed himself to a female student while at Yale. The New York Times said they were aware of the accusations and interviewed dozens of people but could not find any person to corroborate the event.

Baldwin said she finds Ford to be serious, credible, and that "the normal way of dealing with things with presidential nominees would be to reopen the background investigation," the Milwaukee Journal Sentinel reported.

Baldwin added that she does not understand "why the White House has refused to reopen the background investigation. But now that there are more allegations—I certainly don't know the details of the additional allegations—it seems like the call should be stronger to reopen that."

Baldwin's campaign did not immediately return a request for comment.