Are you writing an article about Chappaquiddick, the 1969 "incident" where Massachusetts Senator Ted Kennedy drove a car into a pond after drinking at a party, swam out while 28-year-old Mary Jo Kopechne was still stuck inside, gave up trying to rescue her as she eventually died of suffocation, didn't tell the authorities who likely could have saved her life until the next morning, worried first and foremost about the harm to his political career, tried to fake an alibi, never spent a day in jail, and went on to serve 40 more years in the Senate?

Well, yuck. That sounds a lot like manslaughter that should have sent the scion to prison and put an end to his unearned political career. We can't have that, so here are some examples of how to passively frame this atrocity in the friendliest possible terms.

In a 2015 piece for The Hollywood Reporter, the writer framed the plot of the upcoming film Chappaquiddick this way: "On the eve of the moon landing, Senator Kennedy becomes entangled in a tragic car accident that results in the death of former Robert Kennedy campaign worker Mary Jo Kopechne."

In addition to making Kennedy a seeming witness to an accident he caused, this is also an interesting choice of words since he was able to free himself from the watery wreckage almost immediately.

Bonus: Producer Mark Ciardi added you'll see what Kennedy "had to go through" in the story.

"Everyone has an idea of what happened on Chappaquiddick and this strings together the events in a compelling and emotional way," he said. "You’ll see what he had to go through."

The movie was eventually released in 2018 to positive reviews, and it was far more devastating in its account of Kennedy's conduct than Ciardi made it out to be with that description.

"Kennedy's car went off a bridge into the water"

On the 50th anniversary of Chappaquiddick, the Associated Press tweeted out its description of the event: "Sen. Edward M. Kennedy left a party on Chappaquiddick Island near Martha's Vineyard with Mary Jo Kopechne, 28; some time later, Kennedy's car went off a bridge into the water. Kennedy was able to escape, but Kopechne drowned."

50 years ago today, Sen. Edward M. Kennedy left a party on Chappaquiddick Island near Martha's Vineyard with Mary Jo Kopechne, 28; some time later, Kennedy's car went off a bridge into the water. Kennedy was able to escape, but Kopechne drowned. pic.twitter.com/X7jCFJcyJw

"The car went off a bridge into the water" allows the reader to think that perhaps it wasn't Kennedy's negligent—and very likely drunken—driving that plunged the car into the tidal basin. Perhaps it was unknown forces like the bad luck that's long plagued the Kennedy clan. Clearly, mistakes were made.

You also can go the route of Vox, which explains the news and decided in its assessment of the Chappaquiddick film to throw up its hands. Sigh, we just may never know what happened!

Writer Alissa Wilkinson conceded the movie was "skeptical of Kennedy’s version of events:"

That Ted Kennedy got different treatment than virtually anyone else in America would in the same position is obvious — even if the version of events in the film is different from what really happened (something nobody knows). And no matter what happened, Kennedy got away with something because he was a Kennedy — that much is clear — which is a striking indictment of a country that still tells itself stories about equal justice under the law for every citizen.

Vox promoted the story by tweeting the film was about "the Ted Kennedy accident" and "part of a larger entertainment pattern deconstructing the iconic family."

A new movie about the Ted Kennedy accident is part of a larger entertainment pattern deconstructing the iconic family. https://t.co/xgwEFNg1hU

We, of course, do know what happened, thanks to extensive reporting both then and now, but that doesn't mean we have to be jerks to the deceased titan.

The end of the official caption of the Getty Images photograph with this story reads: "Kopechne died when a car driven by Kennedy went over the side of a bridge on Chappaquiddick Island four days earlier."

The New York Times referred to Chappaquiddick as "another Kennedy family tragedy" Thursday in a report on the overdose death of Saoirse Kennedy Hill, Robert F. Kennedy's granddaughter:

Last month marked the 50th anniversary of Chappaquiddick, another Kennedy family tragedy that took place when Edward Kennedy drove off a bridge on a small island next to Martha’s Vineyard. The accident killed Mary Jo Kopechne, the 28-year-old passenger in Mr. Kennedy’s car.

While the death of Kopechne was really a "Kopechne family tragedy" and a "Kennedy family distraction," this portrays Kennedy as the true victim in this situation. Don't let the reader forget the truly sad part of this saga: Kennedy never became president because of this silly car bridge drowning pond thing.

"Another huge tragedy for the Kennedy family"

ABC's Cokie Roberts, described accurately in Slate as the living embodiment of "conventional wisdom," mourned Ted Kennedy's lot in life in an episode of the docuseries 1969.

"There was a party going on on Chappaquiddick in Massachusetts, and it turned out to be another huge tragedy for the Kennedy family," Roberts said, in a clip flagged by NewsBusters.

That's how New York Times reporter James "Scotty" Reston dictated the first line of his initial story on Chappaquiddick. He was on the island the weekend the accident occurred, and as Slate tells it, didn't mention the female victim until the fourth paragraph. The print edition was edited to include her:

A 28-year-old woman passenger drowned today when a car driven by Senator Edward M. Kennedy plunged 10 feet off a bridge into a pond on Chappaquiddick Island near this community on Martha’s Vineyard.

According to a biography of him, he fished at the site of the accident while another Times reporter took statements from boys who discovered the car.

"Nothing much was covered up"

Neal Gabler, who is working on a biography of Kennedy, griped in the New York Times that the 2017 film amounted to "character assassination" of the man, and hey, "nothing much was covered up."

"Let’s set aside the fact that, despite the film’s advertisements claiming to tell the "untold true story" of a "cover-up," the story has been told plenty, and no one but the most lunatic conspiracy theorists see this as anything but a tragic accident in which nothing much was covered up," Gabler wrote.

"Nothing much," although a judge didn't subpoena anyone at the party Kennedy was at to determine if he drank before the accident. Kennedy's account that he was taking Kopechne back to her hotel didn't make sense since she left her purse and room key behind, his claim to be unfamiliar with the roads didn't make sense since he knew the island well, a 1970 inquest on the subject was done in secret, a grand jury convened months later wasn't allowed to view evidence from the inquest, and the chief investigator of the accident told Vanity Fair, "The Kennedy machine buried what really happened."

I can't wait for this biography.

Behold left-wing crank Charles Pierce's description of "the dead woman" who "drowned in his automobile."

Pierce wrote in 2004 about Kennedy's legacy in the Senate, acknowledging that Kennedy "would have done time" if his last name were different. Yet, the poor plutocrat had soldiered on from the tragedy to a celebrated Senate career, in Pierce's estimation. NewsBusters flagged the column:

And what of the dead woman? On July 18, 1969, on the weekend that man first walked on the moon, a 28-year-old named Mary Jo Kopechne drowned in his automobile. Plutocrats' justice and an implausible (but effective) coverup ensued. And, ever since, she's always been there: during Watergate, when Barry Goldwater told Kennedy that even Richard Nixon didn't need lectures from him; in 1980, when his presidential campaign was shot down virtually at its launch; during the hearings into the confirmation of Clarence Thomas, when Kennedy's transgressions gagged him and made him the butt of all the jokes.

He has spent so much of his professional life draining that line of its meaning — the defining line, what would have been the knockout line if his name hadn't been Edward Moore Kennedy. He went to the Senate. He respected its traditions. He learned from its elders; his office today is in the building named after Richard Russell, with whom, according to Adam Clymer, Kennedy first attempted to break the ice by mentioning that Russell himself had entered the Senate when he was 36. Yes, Russell replied, but I'd been governor of Georgia by then, and Kennedy had had the good grace (and the good sense) to laugh.

"Maybe she'd feel it was worth it"

If you must discuss Kopechne in your piece on Kennedy, consider the fact her ghost was probably cheering on Kennedy's legacy of expanded government and Borking.

Melissa Lafsky of Discovery magazine wrote following Kennedy's death in 2009 that "maybe she'd feel it was worth it." Her words:

Mary Jo wasn't a right-wing talking point or a negative campaign slogan. She was a dedicated civil rights activist and political talent with a bright future….We don't know how much Kennedy was affected by her death, or what she'd have thought about arguably being a catalyst for the most successful Senate career in history. What we don't know, as always, could fill a Metrodome.

Still, ignorance doesn't preclude a right to wonder. So it doesn't automatically make someone (aka, me) a Limbaugh-loving, aerial-wolf-hunting NRA troll for asking what Mary Jo Kopechne would have had to say about Ted's death, and what she'd have thought of the life and career that are being (rightfully) heralded.

Who knows — maybe she'd feel it was worth it.

UPDATE, 3:32 P.M.: This article removed a line written by Pierce: "Through his tireless work as a legislator, Edward Kennedy would have brought comfort to her in her old age." He claimed it was written sardonically and not as a compliment to Kennedy. 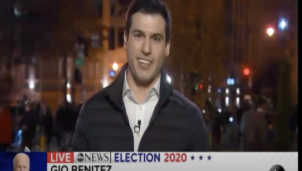