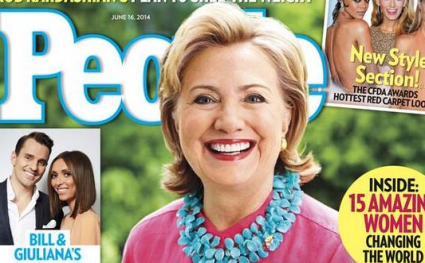 Some of Hillary Clinton’s closest aides blasted the New York Times for what they said was unfair coverage of the former first lady during a recent secret meeting with the paper’s Washington bureau, the Washington Free Beacon has learned.

Sources said the meeting included Clinton advisers Philippe Reines and Huma Abedin, as well as Times Washington bureau chief Carolyn Ryan and national political reporter Amy Chozick, who has been on the Clinton beat for the paper.

During the closed-door gathering, Clinton aides reportedly griped about the paper’s coverage of the potential 2016 candidate, arguing that Clinton has left public office and should not be subjected to harsh scrutiny, according to a source familiar with the discussions.

Neither the Times nor the Clinton camp would discuss on the record specifics. However, sources familiar with the meeting describe it as an attempt to brush back and even intimidate the staff of the Times. The sometimes fraught relationship between Clinton and the press has been well documented.

"We are not going to comment," said a Times spokesperson when contacted by the Free Beacon.

Reines and another spokesperson for Clinton did not respond to requests for comment.

Margolies lost her Democratic primary bid for U.S. Congress in late May, and the Times reported that Hillary Clinton’s conspicuous absence from the campaign had rankled some Margolies allies.

In April, the Times also reported on Clinton’s difficulty defining her accomplishments at the State Department.

Clinton’s allies have been harshly critical of media coverage of the 2016 presidential frontrunner even as the former secretary of State continues her string of high-profile and highly lucrative speaking appearances and prepares to launch a cross-country book tour next week to promote her new memoir Hard Choices.

Clinton visited Colorado this week to give public speeches and tour local factories, in what the Denver Post reported, "had all the trappings of a campaign visit."

A group of close Clinton aides, including Reines and former Obama adviser Tommy Vietor, have joined forces to help navigate the messaging campaign for the memoir, Politico reported last week.

The former secretary of state will sit down with Diane Sawyer on June 9 for her first TV interview about Hard Choices, kicking off a nationwide excursion that will include stops in Chicago and Los Angeles.

Later this month, Clinton is scheduled to participate in a "network televised town hall" moderated by CNN correspondent Christiane Amanpour at the Newseum in Washington, D.C., Politico reported.

And she is slated to return to Colorado at the end of June for a high-profile conference hosted by the Clinton Global Initiative, which will draw political heavyweights and top Democratic funders.

A group of well-funded pro-Clinton super PACs staffed by some of her closest allies has also started laying the groundwork for a potential 2016 campaign.

The Times, which tossed overboard its first female editor last month, is owned by the Sulzberger family, who some have accused of sexism, and by the Mexican oligarch Carlos Slim.