The State Department is spending $50,000 for conferences aimed at getting more female bloggers in India.

The project, "SHE Vlogs: Video Blogging Training for Women Entrepreneurs in North India," will develop a "vlogging training curriculum" and locate speakers for the workshops in three cities in northern India.

"The U.S. Embassy [in New Delhi] continues to support women's entrepreneurship in India following the 2017 Global Entrepreneurship Summit co-hosted by the United States and India under the theme ‘Women First, Prosperity for All,'" according to a grant announcement posted just before Christmas. "The SHE VLOGS program seeks to arm North Indian women entrepreneurs with digital skills to enhance business marketing and branding strategy through a series of three video-blogging (vlogging) workshops for entrepreneurs."

The funding will go to a nonprofit group to "conduct two-day vlogging workshops in New Delhi, Chandigarh and Varanasi that will teach women entrepreneurs how to produce 60-second videos using commercially available technology."

"Through this program the U.S. Embassy seeks to cultivate and empower a network of North Indian women entrepreneurs to strengthen the U.S.-India economic relationship," the State Department said.

Each workshop will teach 25 Indian women how to make minute-long video pitches to promote their businesses online.

"The participants should be existing women entrepreneurs whose business ideas are at a stage of development where they are ready to be pitched to investors," according to the grant announcement.

The State Department is accepting applications for the project through mid-February. The workshops will be held later this year. 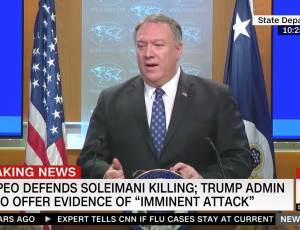