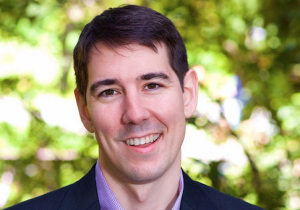 The Democratic candidate in California's 10th Congressional District softened his stance on abortion when compared to remarks he had made in 2017, which resurfaced in a video published online this week.

The 2017 video was shot at a meeting of a group called "Our Revolution Turlock" in California in July, according to the Modesto Bee. Josh Harder was asked about the Hyde Amendment, which prevents federal funds from going to abortion services, except in instances of rape, incest, or severe risk to the life of the mother.

Folding the Hyde Amendment back into the discussion, Harder then went on to say the people "most affected by this" were those "who are the most vulnerable in our society" who are on Medicaid or other government-supported health systems.

In a Thursday debate hosted online by the Modesto Bee, the moderator pressed the candidate on the new information after Harder described his basic stance.

"I'd be remiss if I didn't press you on this," the moderator began. "There is a video that came out, I think the Washington Times had it. You said you supported, 9 – well, you said, you responded to ‘9 term,' which I believe most people would take as 9 month. It's a serious issue (inaudible) a lot of people … Where do you draw the line? Do you support full-term abortion?"

"I misunderstood the question, as you said," Harder began. "9 terms isn't even physically possible. I support California law. I've made no secret in this, that we are—I am, pro-choice. But I think California law, which allows abortion up to viability—to 24 to 25 weeks after conception is the right standard."

Harder is running against incumbent Republican Jeff Denham, who hit back on the video.

"I developed my pro-life stance at a very early age," Denham said. "My mother carried me when she was in high school. I'm trying to be kind here. I never want to say one of my opponents is lying. (The video) is disgusting."