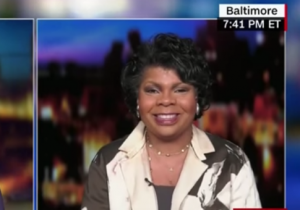 White House reporter April Ryan said Monday that First Lady Melania Trump is "not culturally American" during a conversation about the first lady's unveiling of the "Be Best" campaign against bullying and addiction.

CNN host Erin Burnett said that the first lady faces a "painful reality" by taking on cyber-bullying, referencing President Donald Trump's tweets castigating his opponents. Ryan agreed that it was hard for the first lady.

"She's well aware of his cyber-bullying," said Ryan, the Washington bureau chief for American Urban Radio Networks. "He's considered by some, well many I would say in different sectors, one of the biggest bullies. He will call you out in a moment's notice and she stood in front of him and basically said she wants to show young people how it's done and do it right and they will pick up those habits."

Ryan, a CNN contributor, went on to say that the first lady is facing many challenges partly because she is "not culturally American," even though she is a U.S. citizen.

UPDATED Tuesday, 10:33 A.M.: An earlier version of this story erroneously stated that April Ryan is a White House reporter for CNN. This story has been corrected to say that she works for American Urban Radio Networks and is a CNN contributor.