Washington, you won't be surprised to hear, is teeming with think tanks. And they're brimming with lots of smart people—scholars, ex-journalists, former government officials, specialists in difficult subject matters, retired politicians, ex-ambassadors, and plenty of overrated has-beens.

Given the opportunity, one can learn from them. They often write for top publications. They give speeches around the country. But more often than not, their attention is focused on the top layer of Washington's bureaucrats and elected officials—that is, the town's first team, both conservatives and liberals. Those are the folks think tanks want to influence and sometimes do.

Now a new and unusual think tank has set up shop in Washington. It has a long name: The American Main Street Initiative. But with a staff of a half-dozen (or fewer) and a lone writer at the moment, it's quite small. You might think of it as a think jeep.

Main Street is sharply conservative. Its strategy is to tackle large issues and explain how the political left is distorting them to hoodwink average Americans: "Too often, many on the right want to follow the left, disarm, or advance an agenda more conducive to Wall Street than to Main Street." Even D.C. veterans "fall prey to inside-the-Beltway groupthink or are reluctant to engage in the fight against radical leftism." This is true.

As its start-up issue in November, Main Street took on the use of masks to fight the COVID pandemic. That subject made sense. COVID is a huge national issue. So are masks. And Jeffrey Anderson, the Main Street founder, had written a magazine article that challenged the use of masks as a weapon against COVID's spread.

Anderson's piece appeared in the Claremont Review of Books, an intellectual quarterly that's not known for publishing blockbusters. But as luck would have it, the timing was perfect this time. The article got attention outside conservative circles. Main Street got a boost. And masks took a hit.

"Surgical masks were designed to protect patients' wounds from becoming infected by medical personnel, not to prevent the spread of viruses," Anderson wrote. No wonder the CDC had initially rejected masks in the COVID war. But government doctors had to do something. They were left with mask-wearing.

To put it mildly, Anderson’s research outdid the doctors' answer. "The most reliable science on whether masks are effective in stopping the transmission of viruses comes from randomized control trials (RCTs), almost all of which were conducted before the Covid-19 era began," according to Anderson. RCTs, "in which researchers assign subjects randomly to different groups and study how those groups react to various forms of treatment, are the gold standard in medical research."

By the way, Anderson noted: "Randomized control trials have found little to no evidence that masks work to prevent viral transmission—either from the wearer to others or vice versa. In fact, some significant evidence from RCTs indicates that masks increase transmission."

Nonetheless, the war over masks goes on. President Biden is as committed to masks as ever, though he frequently neglects to wear one himself. Meanwhile, many state governors (mostly Democrats) are sticking with him. They've got nowhere else to go. And this leads to embarrassing moments, such as the photo of New York governor Kathy Hochul (D.) following Biden's order that meant she had to wear a mask at her desk.

This was a typical Biden policy that New York has copied: If you work in a big office and haven't been vaccinated, you've got to wear a mask at work. Biden acts as if he's free to order anyone to get vaccinated. If not, it's mask time. And he doesn't bother to get the approval of Congress or make sure he's not violating the Constitution.

Main Street, though still small, would like to make Biden’s actions that are dubious constitutionally its second target. This won't be as easy as challenging the mask requirement. Masks are broadly controversial. Millions of Americans dislike them. But issuing rules, say, for colleges in dealing with transgender students affects far fewer people. Yet Biden has created rules there that may be more complicated.

"In the current climate, there is a clear opening for an effective, results-oriented Main Street organization," the new think tank says. Hard to argue with that.

Fred Barnes retired recently after a half century in Washington journalism. He lives in Alexandria, Va. 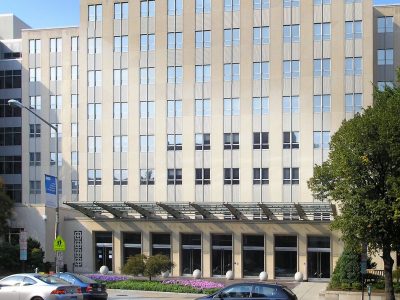