Fans of the Washington Capitals hockey team were treated to a full-blown Chinese propaganda campaign during the team's blowout loss on Monday.

Chinese ambassador Qin Gang appeared on the Capital One Arena jumbotron during the game to promote next month's Olympics in Beijing, which will be diplomatically boycotted by the United States and other Western nations over China's human rights abuses. A correspondent for China Global Television Network (CGTN), a state-controlled propaganda outlet, distributed plush toys to fans and recruited Capitals mascot Slapshot to toss Chinese souvenirs into the crowd. The propaganda outlet also interviewed Capitals fans about their favorite Olympic events. 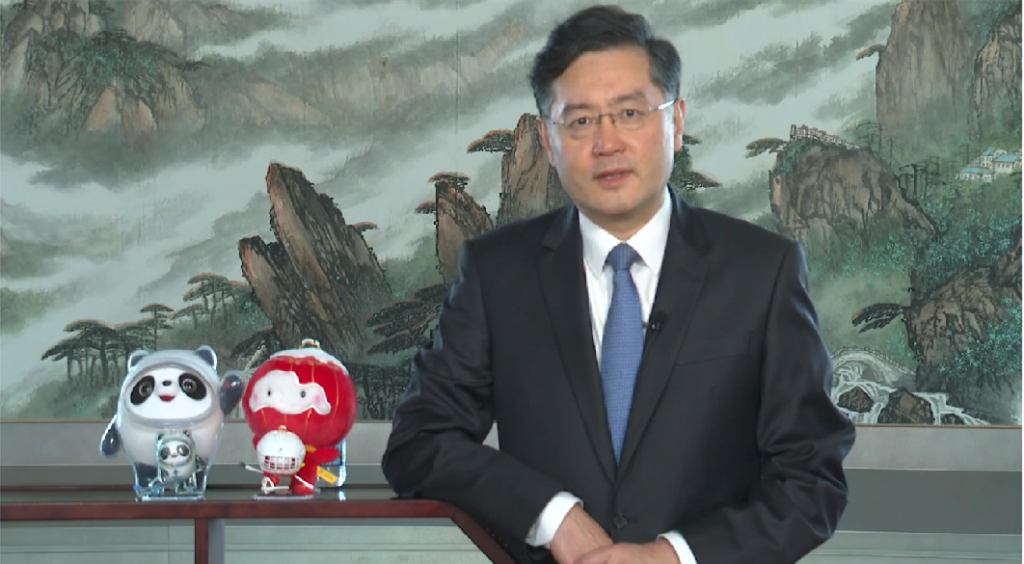 Image of message from Chinese ambassador to U.S. aired on Capital One Arena's jumbotron during game

The Capitals did not respond to questions about whether the Chinese government or CGTN paid the team for the promotion, which was put on by the Chinese embassy. A team spokesman said the "select in-game and post-game activations, including a Washington, D.C.-based youth figure skating group, highlighted the Chinese Lunar New Year for programming that aired on CGTN."

The promotional event is the latest push in China's aggressive campaign to win support for its Olympics amid growing calls to boycott the games. Human rights groups have urged television networks and corporate sponsors to pull out of the games because of China's ongoing genocide against Muslims in the Xinjiang province.

The event also showcases American professional sports leagues' willingness to appease the Chinese Communist Party, likely in the hopes of entering the large and lucrative Chinese market. The National Football League came under fire for a marketing map that showed Taiwan as a part of China, and the National Basketball Association has had numerous scandals due to its association with the Chinese Communist Party. Major League Baseball has come under congressional scrutiny for its plan to export jobs to China.

The National Hockey League has also sought access to the Chinese market. That initiative has been led on the Chinese side by Zhou Yunjie, the owner of ORG Packaging, a company that makes metal cans. ORG Packaging's ads were featured at the Capitals game. Alibaba, the Chinese e-commerce giant, also had its ads posted at the arena.

Among the wealthy owners of the team is Laurene Powell Jobs, who sits on an $18 billion fortune that was built on the back of cheap Chinese labor. Tech giant Apple, founded by her late husband Steve Jobs, has long manufactured its products in China. The company was caught last year relying on Chinese factories that use slave labor, and spent money to lobby against congressional legislation aimed at punishing China for its use of slave labor.

Desperate to burnish its image in the West, the Chinese government has used a variety of platforms to spread its propaganda. State-controlled media outlets like China Daily have paid millions of dollars to American newspapers and magazines in the United States to publish pro-Beijing articles. The Washington Free Beacon reported that the Chinese consulate in New York plans to pay the public relations firm Vippi Media $300,000 to hire social media influencers to promote the Olympics.

This is not the Capitals' first brush with authoritarian regimes. The franchise came under scrutiny when its star player, Alex Ovechkin, declared the Capitals to be "Putin's team," a reference to Russian strongman Vladimir Putin. 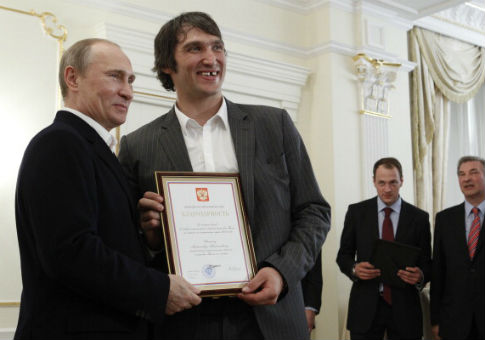 The Capitals lost Monday's game to the Boston Bruins, 7-3.