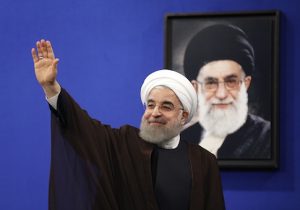 Iran is putting a greater focus on espionage and cyber operations targeting American and U.S. ally networks in a bid to lay the groundwork for devastating hack attacks on sensitive American networks, according to a new warning from the U.S. intelligence community.

Iran has a history of engaging in cyber attacks on the United States and its allies and is expected to continue these efforts as it foments unrest in the region and abroad, according to the Director of National Intelligence, who recently provided U.S. lawmakers with a wide-ranging threat assessment that flags Iran at multiple junctures.

In addition to Iranian cyber hacks, the United States is warning about Iran's growing proliferation and efforts to build advanced ballistic missiles capable of carrying a nuclear payload.

The U.S. intelligence community assesses "that Iran will continue working to penetrate U.S. and allied networks for espionage and to position itself for potential future cyber attacks," the DNI warns in its latest report, which notes that Iran's espionage efforts have primarily focused on Middle Eastern allies, such as Israel and Saudi Arabia.

"Tehran probably views cyber attacks as a versatile tool to respond to perceived provocations, despite Iran's recent restraint from conducting cyber attacks on the United States or Western allies," according to the threat assessment. "Iran's cyber attacks against Saudi Arabia in late 2016 and early 2017 involved data deletion on dozens of networks across government and the private sector."

Iran, along with allies such as Russia and North Korea, is getting more aggressive in its cyber strikes on the United States.

"Russia, Iran, and North Korea, however, are testing more aggressive cyber attacks that pose growing threats to the United States and U.S. partners," according to the assessment.