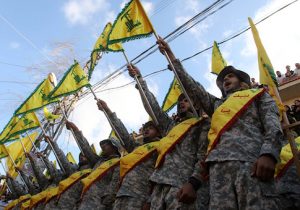 The Trump administration announced on Monday that, in a global first, it is offering up to $10 million in rewards for information leading to the disruption and arrest of terrorist operatives working for Hezbollah, the Iranian-backed militant group based in Lebanon.

"The U.S. Department of State's Rewards for Justice Program is offering a reward of up to $10 million for information leading to the disruption of the financial mechanisms of the global terrorist organization Lebanese Hezbollah," the State Department announced. "This announcement marks the first time that the Department has offered a reward for information on Hezbollah's global financial networks."

The financial reward will be provided to any person providing information leading to the "identification and disruption" of Hezbollah's financial networks, its donors, business associates, front companies, and criminal allies.

Hezbollah has been increasing its presence not only in regional hotspots such as Syria, but also across Latin America, where the group enjoys close ties to socialist and communist leaders known for their anti-American positions.

"Hezbollah generates about a billion dollars a year from a combination of direct financial support from Iran, international businesses and investments, donor networks, and money laundering activities," according to information provided by the State Department.

The State Department named three leading Hezbollah operatives as examples of those individuals they are seeking information on.

The first, Adham Tabaja, "is a Hezbollah member who maintains direct ties to senior Hezbollah organizational elements, including the group's operational component, Islamic Jihad," according to the State Department. "Tabaja also holds properties in Lebanon on behalf of the group and conducts business throughout the Middle East and West Africa."

The third, Ali Youssef Charara, "is a key Hezbollah financier as well as chairman and general manager of Lebanon-based telecommunications company Spectrum Investment Group Holding SAL, and has extensive business interests in the telecommunications industry in West Africa," according to the State Department. "Charara has received millions of dollars from Hezbollah to invest in commercial projects that financially support the terrorist group."