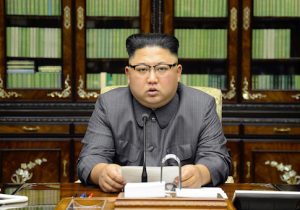 The U.S. government on Tuesday issued a technical alert about cyber attacks it said are sponsored by the North Korean government that have targeted the aerospace, telecommunications, and financial industries since 2016.

The alert, from the FBI and Department of Homeland Security, said North Korean hackers were using a type of malware known as "FALLCHILL" to gain entry to computer systems and compromise network systems.

The FBI and DHS had issued a warning in June that squarely blamed the North Korean government for a raft of cyber attacks stretching back to 2009 targeting media, aerospace and financial sectors, as well as critical infrastructure, in the United States and globally.

Tuesday's alert included the publication of IP addresses the FBI said were linked to the hacking campaign and was intended to help private industry guard against the attacks.

The FALLCHILL malware was described as providing hackers with wide latitude to monitor and disrupt infected systems. The malware typically gained access to systems as a file sent via other North Korean malware or when users unknowingly downloaded it by visiting sites compromised by the hackers.

The new alert coincides with increasing tensions between Washington and Pyongyang over North Korea’s missile tests. The previous warning, in June, said that North Korea would continue to rely on cyber operations to advance its military and strategic objectives.

North Korea has routinely denied involvement in cyber attacks against other countries.