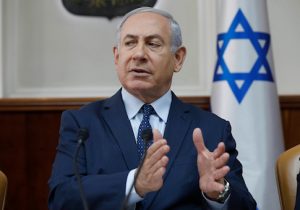 In the face of strong opposition from the Trump administration, the United Nations repudiated Israel on Wednesday for the country's response to violence incited by Hamas along its border with Palestinian-controlled Gaza.

At an emergency special session, the U.N. General Assembly overwhelmingly passed an Arab-backed resolution condemning Israel for taking "excessive" use of force against Palestinian "civilians," according to Reuters.

The resolution was introduced by Turkey, Alegria, and Palestinian representatives on behalf of the Arab League and the Organization of Islamic Cooperation in response to weeks of demonstrations, rioting, and violence along the border between Israel and Palestinian-controlled Gaza. Originally organized as the "March of the Return," the demonstrations were intended to pressure the Israeli government to allow thousands of Palestinian refugees and their descendants to return to what is now Israel.

Violence and rioting broke out in late March when Hamas, the terrorist group governing the Gaza Strip, encouraged demonstrators to attack Israel Defense Forces with incendiary kites and Molotov cocktails in an effort to breach the border. The situation only intensified following the opening of the United States embassy in Jerusalem.

To date, the violence has resulted in over 120 Palestinians being killed and hundreds wounded, the highest number since the end of the 2014 Gaza War.

The Arab-backed resolution made no mention of Hamas or its role in fomenting violence, choosing instead to set its sight on condemning Israel for responding in self-defense. While the resolution did condemn the firing of over 70 rockets into Israel territory by Hamas–the largest artillery barrage from Gaza since 2014–it largely ignored accounts from both Israel and Hamas indicating a significant number of those killed and were wounded were affiliated with terrorist groups. The resolution also requested that Antonio Guterres, the U.N. secretary-general, devise a plan recommending an "international protection mechanism" for the "occupied" Palestinian territory.

Nikki Haley, President Donald Trump's ambassador to the U.N., spoke out against the resolution on the floor of the General Assembly. In her remarks, Haley expressed frustration with what she saw as an attempt to portray a "one-sided" portrait of a dire situation.

"The nature of this resolution clearly demonstrates that politics is driving the day," Haley said. "It is totally one-sided. It makes not one mention of Hamas, who routinely initiates violence in Gaza."

The ambassador added that such resolution only served to admonish Israel while abdicating Hamas of any responsibility.

"Instead, this resolution holds Hamas completely unaccountable for most of the recent unrest. It blames everything on Israel," Haley said. "But the facts tell a different story."

Haley responded to the resolution by invoking a strategy the Trump administration unveiled earlier this month in response to a similar measure sponsored by Kuwait in the Security Council. The U.S. attempted to amend the resolution to include language condemning Hamas and demanding the terrorist group "cease all violent activity and proactive actions" against Israel.

Haley called the amendment a modest reflection of truth and stated it was "the least that any self-respecting" international body could do to pursue the course of peace.

"This is a modest amendment that reflects the minimum truth of what is going on in Gaza," Haley said. "It is the least that any self-respecting international organization or nation can do for the cause of peace."

The Arab-backed resolution, which like most U.N. actions is not legally binding, passed by a vote of 120 to 8, with 45 abstentions. The U.S. amendment, however, garnered a majority in its favor–62-58, with 42 abstentions–but failed to cross the two-thirds threshold required for adoption.

In a statement released shortly after the vote, Israeli Prime Minister Benjamin Netanyahu lauded the Trump administration for its efforts in exposing the anti-Israel bias existing within the U.N.

"Israel appreciates the firm support of the Trump administration in Israel at the United Nations and Ambassador Haley's resolute statement today, which exposed the hypocrisy of the bias against Israel at the U.N.," Netanyahu said.

The prime minister added such bias only served to divert the international community's attention from more pressing concerns.

"The unceasing focus of the United Nations in Israel shames the organization," he added. "It also diverts attention from other burning issues that require the attention of the international community."

The U.S. ambassador took a much more stringent tone in declaring the U.N.'s actions enunciated how "morally bankrupt" the organization's judgment had become.

"In the face of Hamas terrorists routinely inciting violence … today the UN made the morally bankrupt judgment that the recent Gaza violence is all Israel’s fault," Haley said. "It is no wonder that no one takes the UN seriously as a force for Middle East peace."

Haley expressed that the closeness of the vote on the U.S. amendment signified a shift was taking place.

"But the common practice of turning a blind eye to the UN’s anti-Israel bias is changing," she added. "Today, a plurality of 62 countries voted in favor of the U.S.-led effort to address Hamas’s responsibility for the disastrous conditions in Gaza."

Haley said peace in the region could only be established when the international community took into account the realities of Israel's security concerns and the provocations of Hamas.

"We had more countries on the right side than the wrong side," she said. "By their votes, those countries recognized that peace will only be achieved when realities are recognized, including Israel’s legitimate security interests, and the need to end Hamas’ terrorism."