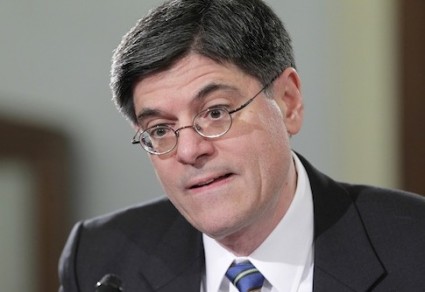 Rep. Doug Lamborn (R., Colo.) petitioned the Treasury Department on Thursday to sever all government contracts with any company that attempts to conduct business with Iran, according to a letter the lawmaker sent to Treasury Secretary Jack Lew and obtained by the Washington Free Beacon.

Lamborn’s letter was sparked by a report Wednesday in the Washington Free Beacon revealing that several companies with billions of dollars in U.S. contracts were recently in Tehran to attend the Iran Oil Show, a several-day expo that allowed companies in attendance to build ties with top Iranian officials.

The oil show was a way for these companies to pave the way for increased business with Iran following the Obama administration’s significant rollback on economic sanctions on Tehran.

Lamborn—a member of the House Armed Services Committee—told Lew that it is unacceptable for any company that received U.S. taxpayer dollars to begin conducting business with Iran, which continues to threaten war against the United States and conduct a massive military buildup.

"I urge you to take appropriate steps to make it clear that doing business with the Islamic Republic of Iran will disqualify companies from future business with the U.S. government," Lamborn wrote. "I also ask that you consider canceling contracts, where possible, with any government contractor that does do business with Iran."

Lamborn said that lawmakers would quickly act "if your administration needs additional authority or congressional support to do this."

At least five companies with U.S. government contracts totaling billions were in Tehran last week to attend the Iran Oil Show, while at least another 15 of the companies in attendance maintain a significant U.S. presence.

Strong action must be taken to deter these companies from ramping up business ties with Tehran, according to Lamborn.

"I believe that we must take strong steps to make it clear that companies who are doing business with U.S. government put those contracts at risk if they develop business in Iran," he wrote.

Lamborn warned that the rush to do business in Iran is a direct result of the Obama administration’s efforts to rollback sanctions and give Tehran billions of dollars in sanctions relief.

"I am gravely concerned that our sanctions regime aimed at Iran’s nuclear weapons, ballistic missile and terrorism activities are being significantly weakened and I urge you to take strong and immediate action," Lamborn wrote.

"I remind you of President Obama’s recent statements warning businesses about the perils of doing business with Iran before a permanent nuclear deal is struck," the letter states.

"President Obama said the U.S. could come down on such businesses ‘like a ton of bricks.’ I heartily agree that businesses should think twice before developing business in Iran," Lamborn wrote.

The lawmaker has sought to prevent the U.S. government from contracting with those who may have violated U.S. sanctions on Iran.

Lamborn helped to fashion an amendment in the 2015 National Defense Authorization Act (NDAA) that would prevent the Obama administration from entering "into a contract with any person or entity that is determined to have violated United States sanctions laws with respect to contracting with the Government of Iran," according to the bill.

The amendment further states that the United States should encourage "allies, partners, and other countries to maintain the same contracting standards."

Iran’s economy has been on the upswing since sanctions were relaxed, with new revenues pouring in from the oil and energy sector.

Iran also has sought to boost economic and military ties with a range of nations, including Russia and China.