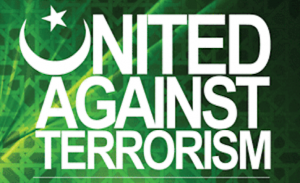 The U.S. State Department endorsed on Wednesday a controversial anti-terror handbook published by Canada’s Muslim community that refers to jihad as "noble" and urges law enforcement to avoid using terms such as "Islamic extremism."

The handbook, published earlier this month by two Canadian Muslim community organizations, was so controversial that the Royal Canadian Mounted Police (RCMP) flatly rejected the manual and ordered its officers not to use it.

Yet the State Department’s official anti-terrorism Twitter feed, called Think Again Turn Away, appeared to endorse the controversial handbook on Twitter and linked to a positive article about it.

The handbook, titled United Against Terrorism, has become a contentious issue for the RCMP since its release. Several sections of the guide instruct Muslim community members not to cooperate with police while others claim jihad "is a noble concept."

The RCMP ultimately decided to reject the book, citing its "adversarial tone."

"After a final review of the handbook, the RCMP could not support the adversarial tone set by elements of the booklet and therefore directed RCMP Manitoba not to proceed with this initiative," the police force said in a statement posted on its website.

The handbook itself recommends that "intelligence and law enforcement officials" should "avoid terms such as ‘Islamist terrorism’, ‘Islamicism’, and ‘Islamic extremism’ in favor of more accurate terms such as ‘al Qaeda inspired extremist,’" according to one section of the handbook, which still bears RCMP’s official logo.

Law enforcement officials also are told to "discontinue any inappropriate information gathering techniques including (but not limited to) showing up at workplaces, intimidating newcomers, questioning individuals religiosity, and discouraging legal representation," according to the handbook.

The term "jihad" also is not appropriate to use, according to the handbook, a copy of which was first published by Canada’s CBC News.

"Do not refer to terrorists as ‘jihadis,’" the manual states. "This only emboldens them and gives them a legitimate status in the eyes of the vulnerable. Terrorism is not jihad. Jihad is a noble concept in Islam."

Other sections tell the Muslim community that they are under no obligation to speak to the police about individuals who may be suspected of having extremist ties.

"The  tweet you are referring to features a repost of information from a Globe and Mail report on a new booklet produced by the RCMP and two Islamic groups," said State Department spokeswoman Carolyn Glassman. "CSCC was simply sharing information about a new product related to counterterrorism. Our reposting does not connote an endorsement."

The department’s Counterterrorism Bureau (CT Bureau) was forced to issue multiple apologies earlier this year after it endorsed on Twitter a radical Muslim cleric who backed a fatwa calling for the murder of U.S. troops.

Terrorism analyst and reporter Patrick Poole said that the State Department’s tweet of the controversial handbook is a sign of what he called its disjointed policies.

"This is a testament to how absurd this administration's counter-terrorism policies have become—promoting a publication the Canadian government has publicly rejected because they realized this booklet would do more to radicalize than to actually deradicalize," he said.

"From letting members of designated terrorist groups into the White House, backing the Muslim Brotherhood in the so-called ‘Arab Spring', responding to demands of Islamic groups to purge counter-terror training materials, to endorsing extremist Islamic clerics like Sheikh Bin Bayyah only then to have to apologize, and now this," he said. "To describe it as a series of missteps is a gross understatement. This is a coordinated campaign of counter-terror catastrophe."