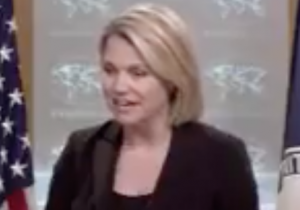 State Department spokeswoman Heather Nauert confirmed on Tuesday that the United States will not pay for North Korea's accommodations in Singapore during the summit between President Donald Trump and North Korean dictator Kim Jong Un.

Nauert said the White House and State Department were also not soliciting other countries to pay for North Korea's accommodations.

"I want to be clear about this because this was something that was swirling a lot over the weekend, and I think we've tried to tamp this down: the United States government is not paying for the North Korean delegation to stay. We're not paying for their expenses," Nauert said.

Nauert told reporters further questions on the matter should be directed to the White House, but she noted White House press secretary Sarah Huckabee Sanders has been clear in saying other countries have not been asked to pick up North Korea's tab.

The planned meeting between Trump and Kim is slated to take place on June 12.