Writing the result of 'Soviet nostalgia'

The Russian Defense Ministry and the German magazine Bild exchanged heated remarks Wednesday after the Russian Navy uploaded photos of Russian bombs that had "For Stalin!" and "To Berlin!" written on them.

The photos were taken at a joint training camp where the aviation division of the Baltic Fleet was being trained in missiles and explosives.

The German magazine Bild reported that the photos were taken in the Kaliningrad oblast, only 500 kilometers (310 miles) from Berlin. According to the Russian Central Navy Portal, Bild wrote that the messages written on the bombs are the result of Soviet nostalgia. They demonstrate "dangerous tendencies in the Russian government and army" and may be understood as a "bitter insight into of the Russian reality of 2015." 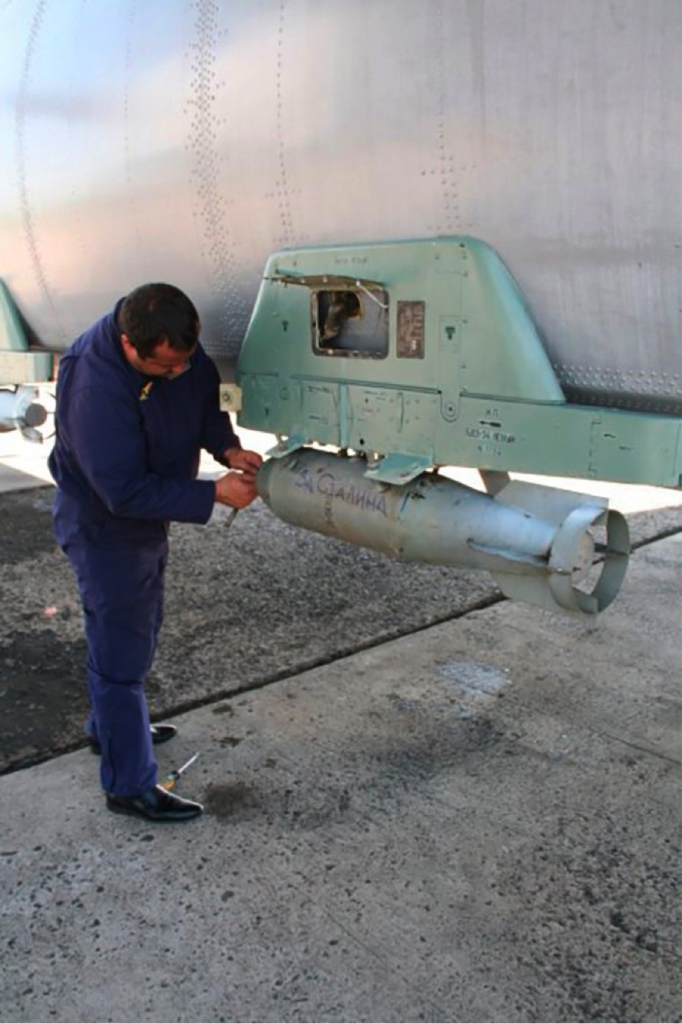 According to Interfax, a source at the Russian Defense Ministry said that the German reports of the photographs were stupid and that the photos may have been photoshopped.

"Either this is just stupidity, or a photomontage, or the desire to simply play on anti-Russian sentiments," the source said. "It is well known that neither during warehouse storage, nor even more so during training sessions, are any phrases ever written on ammunition."

The source said that German journalists had not attended "even one of the Russian Air Force’s previous exercises."