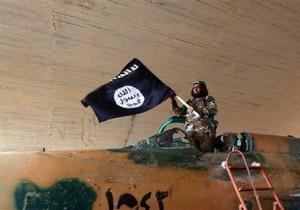 The Islamic State (IS, ISIL, or ISIS) continues to gain new recruits in large numbers despite weeks of airstrikes and other military efforts by the United States, the Pentagon said on Tuesday.

Pentagon spokesman Rear Admiral John Kirby said the group’s ability to attract new recruits to replenish their fighting ranks is an indication of the its mass appeal.

"They are facing some attrition through these operations not just from the air but from the ground," Kirby told reporters on Tuesday. "But there’s no question that they still possess the ability to reconstitute their manpower and that’s just an indication of the strength of their ideology right now, which is why we’re working hard to counter that, and the fact that this is going to be a long struggle."

U.S. strikes in Syria and Iraq in recent days have targeted IS strongholds and vehicles.

IS fighters also have been targeted and killed, the Pentagon said.