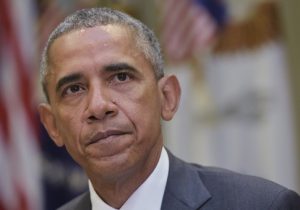 The Obama administration "systematically disbanded" law enforcement investigative units across the federal government focused on disrupting Iranian, Syrian, and Venezuelan terrorism financing networks out of concern the work could cause friction with Iranian officials and scuttle the nuclear deal with Iran, according to a former U.S. official who spent decades dismantling terrorist financial networks.

David Asher, who previously served as an adviser to Gen. John Allen at the Defense and State Departments, told the House Foreign Affairs Committee Thursday that top officials across several key law enforcement and intelligence agencies in the Obama administration "systematically disbanded" law enforcement activities targeting the terrorism financing operations of Iran, Hezbollah, and Venezuela in the lead-up to and during the nuclear negotiations with Tehran.

"Senior leadership, presiding, directing, and overseeing various sections [of these agencies] and portions of the U.S. intelligence community systematically disbanded any internal or external stakeholder action that threatened to derail the administration's policy agenda focused on Iran," he testified.

Asher now serves on the board of directors of the Foundation for Defense of Democracies' Center on Sanctions and Illicit Finance and is an adjunct fellow at the Center for New American Security, two national security think tanks.

He attributed the motivation for decisions to dismantle the investigative units to "concerns about interfering with the Iran deal," a reference to the nuclear deal forged between the U.S., five other world powers, and Iran during the final years of the Obama administration.

As a result, "several top cops" retired and the U.S. government lost their years of expertise.

The United States squandered the chance "at a very low financial cost" to take apart Hezbollah's finances, its global organization, and the Iran proxy's ability to "readily terrorize us, victimize us, and run a criminal network through our shores, inside our banking systems—and in partnership with the world's foremost drug cartels—target our state and society," he said.

"We lost much of the altitude we had gained in our global effort, and many aspects including key personnel, who were reassigned, budgets that were slashed—many key elements of the investigations that were underway were undermined," he said.

"Today we have to deal with the legacy of that and how we rebuild this capability—knowing that you can have a nuclear deal with Iran and you can contain and disrupt their illicit activities," he continued.

The decision was a "mix of tragedy and travesty combined with a seriously misguided turn of policy that resulted in no strategic gain and a serious miscarriage of justice," he said.

"Instead, in narrow pursuit of the [nuclear agreement], the administration failed to realize the lasting effect on U.S. law enforcement collaborative efforts and actively mitigated investigations and prosecutions needed to effectively dismantle Hezbollah and the Iran ‘Action Network,'" he said.

Asher defined the Iran "Action Network" to include groups and governments involved in crafting covert elements of Iran's foreign policy, including terrorism, illicit finance, weapons and narcotics trafficking, and nuclear procurement and proliferation.

"The level of cooperation between the government of Venezuela, the government of Syria, and Lebanese Hezbollah that we observed in our operations—that we personally were involved with—including people in this room—was actually astonishing," he said. "The evidentiary base to take down this entire global network exists. The facts are clear."

Before the administration dismantled them, the collaboration between a small group of U.S. agencies was making great strides in targeting terrorist financial networks, Asher said.

"This combination of law enforcement's criminal, civil, and regulatory authorities led to actions that provided a framework to deter, disrupt, and publicly illuminate Hezbollah's global illicit network," he said. "The result was the most successful path taken against Hezbollah to date after many years of inaction."

The decision to dismantle the investigative units undermined the U.S. government's success just as it was beginning, "perhaps because of fear of the consequences," he said.

After Asher's testimony, Royce called the scenario a "striking lesson in life, which is the zeal for the deal, which becomes a deal for any cost, and people get caught up in that."

The dismantling of these investigative units is just one of many aspects of the nuclear deal and its impact on U.S. Iran policy receiving new scrutiny in recent months.

Critics this week also are questioning why the administration never publicly disclosed an Iranian cyber-attack on the State Department in late September of 2015 that sent shockwaves through the department and private-contractor community. The Washington Free Beacon reported new details about the hacking Wednesday.

David Albright, a former U.N. weapons inspector who now runs the Institute for Science International Security, testified to the same panel recently that out of a "misplaced" fear of disrupting the nuclear deal, the Obama administration also interfered with U.S. law enforcement efforts against Iran's terrorist network.

Royce asked Asher about some of his similar assertions—that the Obama administration aborted law enforcement operations against Iran's terrorism network.

"There are many holes in this cheese and law enforcement didn't need to be one of them," Asher said.

Asher said the late-March Justice Department arrest of Kassim Tajideen, who he called a "super-facilitator" financier of Hezbollah, rattled the regime.

"The fact that we've got him in prison and he might cooperate—I'm sure that's gotten their attention," he said. "We had many more that we were prohibited from acting on for political reasons."

"We had operations that were denied overseas. We had funding that was cut," he said. "People were making decisions that the counter-terrorism mission and the Iran nuclear deal was a central and all-important element whereas containing Iran's malevolent forces was less important."

"I think you can do both—and we have to do both," he said.

Asher also recalled a similar scenario during the Bush administration when it stripped the Justice Department of its authorities to indict the government of North Korea in order not to derail the proposed North Korea nuclear deal.