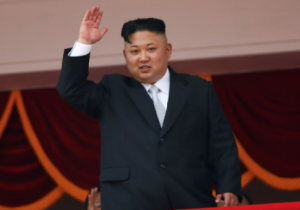 By: Cynthia Kim and Soyoung Kim

SEOUL (Reuters) – North Korea will suspend nuclear and missile tests effective immediately and abolish a nuclear test site in a bid to pursue economic growth and peace on the Korean peninsula, the North’s state media said on Saturday, ahead of planned summits with South Korea and the United States.

"To guarantee suspension of nuclear tests in a transparent manner, the republic’s northern nuclear test site will be abolished," the KCNA said after Kim convened this year’s first plenary session of the Central Committee of the ruling Worker’s Party on Friday.

"The overall projects of the party and the country will be geared towards building of a socialist economy, and all our efforts will be made towards it," the KCNA said.

North Korea also said it would engage in talks with the international community, paving the way for the summit with South Korean President Moon Jae-in planned for next week and a meeting with U.S. President Donald Trump in late May or early June.

Trump on Friday welcomed the statement and said he looked forward to a summit with Kim.

"North Korea has agreed to suspend all Nuclear Tests and close up a major test site. This is very good news for North Korea and the World – big progress! Look forward to our Summit," Trump said on Twitter.

North Korea has defended its nuclear and missile programs in the face of worldwide condemnation and sanctions as a necessary deterrent against perceived U.S. hostility.

It sent a delegation to the Winter Olympics held in South Korea and agreed to meet with Moon and Trump to discuss denuclearization of the Korean peninsula.

The ruling party’s plenary meeting on Friday was convened to discuss "policy issues of a new stage" to meet the demands of the current "important historic period," the KCNA said.