The Muslim Brotherhood's official online mouthpiece offered praise this week to Democratic members of Congress who are publicly criticizing Israel as it defends itself against an onslaught of terrorist rockets.

"A large number from the American Democratic Party urged their government to try stopping the violence of the occupation forces against the Palestinians in Jerusalem and the West Bank," the Arabic language article states, highlighting the support these liberal American lawmakers have among anti-Israel extremist groups in the region. The article was independently translated for the Washington Free Beacon.

All of the lawmakers mentioned above are widely known for their anti-Israel views and supporting a range of organizations that seek to boycott the Jewish state and promote anti-Semitic slurs about the country. Their criticism follows Israeli airstrikes directed at terrorist groups operating in the Gaza Strip. These groups, including Hamas, bombarded the country with more than 1,000 missiles in just more than two days. Israel says it will continue to conduct defensive operations until Hamas and other Palestinian terror groups that are funded by Iran stop their attacks.

Omar, Tlaib, and Pocan, who are among the most outspoken anti-Israel members of Congress, harshly criticized Israel for protecting its citizens from missile attacks.

"Israeli airstrikes killing civilians in Gaza is an act of terrorism," Omar said in a statement that ignored Hamas's repeated strikes. "Palestinians deserve protection. Unlike Israel, missile defense programs, such as Iron Dome, don't exist to protect Palestinian civilians. It's unconscionable to not condemn these attacks."

"American taxpayer money is being used to commit human rights violations," Tlaib said in a similar statement. "Congress must condition the aid we send to Israel, and end it altogether if those conditions are not followed."

Ocasio-Cortez joined with her fellow "squad" members to blast Israel for "inciting violence."

Pocan rushed to defend Omar after she came under fire for several anti-Israel comments.

"I'm seeing a lot of right-wing extremists criticize my wonderful colleague [Omar] because she rightly condemned the murder of Palestinian children & Israel's violence against Palestinians in Sheikh Jarrar & at al-Aqsa. I did the same, wonder why they're not criticizing me?" he asked on Twitter.

Tlaib and Omar also publicly broke with the administration on Wednesday after President Joe Biden publicly defended Israel and backed its defensive operations.

Biden and Secretary of State Antony Blinken, who also has said Israel has a right to defend itself against terrorists, could be "having trouble finding the courage to speak up against Israel's actions and stop supporting this inhumane violence," Tlaib tweeted. 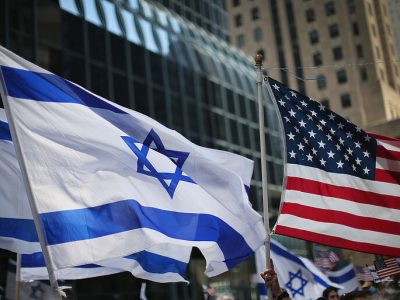