President not briefed on source, origin of laptop terror threat

McMaster stated that Trump was not briefed on the identity of the source of intelligence on recent Islamic State terror threats to use laptop computers packed with explosives. Trump also did not know where the information originated, information the Post asserted had been compromised during talks with Russians officials last week.

McMaster, appearing before reporters at the White House, said the inaccurate report accusing the president of compromising American security appeared based on leaked classified information that was not discussed with Moscow officials during the May 10 Oval Office meeting.

"It is wholly appropriate for the president to share whatever information he thinks is necessary to advance the security of the American people. That's what he did," he added.

"As President I wanted to share with Russia (at an openly scheduled W.H. meeting) which I have the absolute right to do, facts pertaining to terrorism and airline flight safety," Trump said.

"Humanitarian reasons, plus I want Russia to greatly step up their fight against ISIS & terrorism."

The president then denounced leaks he said were coming from the U.S. intelligence community.

"I have been asking Director Comey & others, from the beginning of my administration, to find the LEAKERS in the intelligence community," he said.

McMaster, a three-star Army general, also criticized government officials who disclosed information to the press in an apparent bid to undermine U.S. security.

"I think the real issue, and I think what I'd like to see really debated more is that our national security has been put at risk by those violating confidentiality, and those releasing information to the press that could be used, connected with other information available, to make American citizens and others more vulnerable," he said.

Asked if he was concerned that secrets were compromised during the conversation, McMaster said: "No, I'm not concerned at all."

NBC reported that Israel was the source of the information discussed in the May 10 meeting.

The sensational story broke in the Post around at 5 p.m. Monday and set off a media frenzy. The New York Times partially corroborated the information, as did CNN.

The report charged that Trump "went off script" and revealed an Islamic State threat to use laptop computers in aircraft terror attacks. It also asserted that Trump revealed secrets known only to an U.S. intelligence partner.

Additionally, the Post reported that Trump revealed the city where the threat information came from. The newspaper said it was withholding details of the intelligence, such as the name of the city, to avoid jeopardizing intelligence capabilities.

The identification of the source would enable the Russians to identify the source and disrupt it.

McMaster stated that the president did not know the source for the laptop explosive threat, or where the information originated. He described the exchange between Trump and the Russians as sharing information on a threat to aviation.

News reports in the past several weeks said that U.S. airlines are considering imposing restrictions on carrying laptop computers on board aircraft on flights from Europe in a bid to mitigate the danger.

"The president wasn't even aware where this information came from," McMaster said. "He wasn't briefed on the source or method of the information either."

The national security adviser then went on to say that intelligence officials within the government bureaucracy appeared to have provided misleading information to the newspaper.

"I think national security is put at risk by this leak and by leaks like this," he said. "And as you know, there are a number of instances where this has occurred. And I think it's important to investigate these sort of things and to make sure that we have trusted organizations across our government that allows for the free sharing of information and collaboration."

The Post quoted current and former officials as suggesting that Trump's disclosures during the meeting would allow Russia to identify U.S. intelligence sources and techniques.

The report also said White House officials called for Trump's sensitive disclosures to be stricken from internal memos and that the full transcript be limited in distribution to a few recipients to prevent leaks to the press.

The New York Times, in its story, reported that Trump "boasted" about highly classified information with details that could expose the source and how it was gathered.

It said the information was about an Islamic State terror plot and that it had come from Syria.

The Times said it did not know if Trump "wittingly" revealed the secrets. 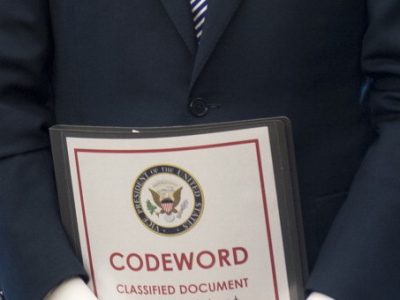 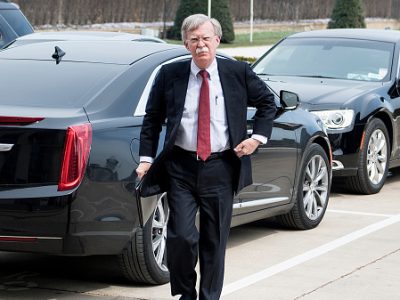 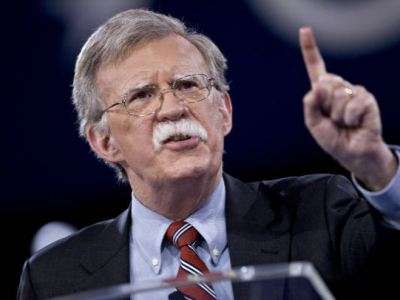 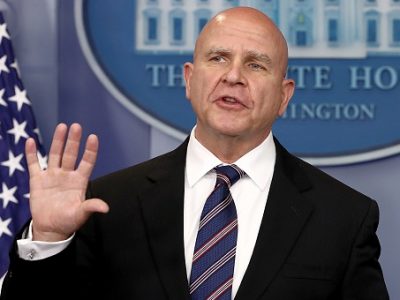