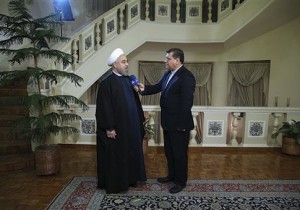 VIENNA—Top Iranian leaders have been celebrating a recently inked extension in nuclear negotiations with the West, with leading military figures and politicians saying that the deal is a sign that the "Americans have very clearly surrendered to Iran's might," according to regional reports.

As negotiations in Vienna break up so that leaders from all sides can return to their countries for further deliberations, the Iranians have already begun mocking the West and insisting that the country's nuclear rights will soon be recognized.

With a seven-month extension in talks—originally scheduled to expire on Monday—set to start in early December, nuclear experts are predicting that Iran will continue its most controversial nuclear work and likely have enough enriched fuel for a bomb by June 2015.

The "Americans have very clearly surrendered to Iran's might, and this is obvious in their behavior in the region and in the negotiations, and the enemies' reservations vis-a-vis Iran are completely felt," Major General Mohammad Ali Jafari, commander of the Iranian Revolution Guards Corps (IRGC), was quoted as saying late Monday following the announcement of an extension in talks.

If the United States ever decides to launch an attack on Iran, "our war will end by conquering Palestine," Jafari said.

Meanwhile, Iranian President Hassan Rouhani said on Monday in a television interview that the country's "centrifuges will not stop," according to a translation of his remarks.

"Today we have a victory much greater than what happened in the negotiation," Rouhani said. "This victory is that our circumstances are not like previous years. Today we are at a point that nobody in the world [in which no one says] sanctions must be increased in order that Iran accept P5+1 demands."

"No one says to reach agreement we must increase pressure on Iran," Rouhani said. "But they say to reach an agreement more time and more discussion is needed. This is a great victory for what the Iranian nation started since last June 15."

"Today the world realizes that they can only deal with Iran with discussion, logic, and negotiation, and there exists no other way or means," Rouhani said.

Iran's goal in the talks going forward is to retain its most contested nuclear technology and see all economic sanctions against it lifted, according to Rouhani.

Throughout this duration of talks, Iran has continued its nuclear work, including the enrichment of uranium, Rouhani said.

"Centrifuges have been running and I promise the Iranian nation that centrifuges will never stop," he said.

It is not a matter of if sanctions are lifted, but when, Rouhani added.

Iranian Foreign Minister Javad Zarif said the point of the talks was to remove international pressure.

"The object of this discussion is to have an Iranian enrichment program and at the same time remove international restrictions and pressures," Zarif said during a press conference with reporters Monday evening. "I’m confident that any final deal will have a serious and not a token Iranian enrichment program coupled with removal of sanctions. This is the objective that we’re working on and this is the objective we will achieve."

Meanwhile, nuclear experts in the United States have warned that the extension will provide Iran enough time to produce enough nuclear fuel to power a bomb.

"The actual amount of less than 5 percent enriched uranium that they're producing per month has increased," Greg Jones, a senior research and nuclear analyst at the Nonproliferation Policy Education Center (NPEC), said in a conference call with reporters on Monday.

"The stockpile has continued to grow," Jones warned in the call organized by The Israel Project (TIP). "Now with this new extension, it's gonna grow and then based on the less than 5 percent stockpile that then determines how much weapons-grade uranium they can produce."

"They have a stockpile now that'll probably support the production of about four nuclear weapons, and that's slowly increasing over the course," Jones said. "It'll probably gain another nuclear weapons worth by the end of June 2015 when this agreement runs out. So certainly that's been continuing."