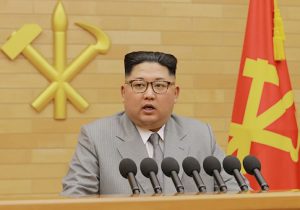 A Pentagon report to Congress warns that North Korea will not easily give up its nuclear arms since the weapons are viewed as a prime guarantor keeping the Kim Jong-un regime in power.

"This strategy relies heavily on deterrence: strategic deterrence through its nuclear weapons program and supporting delivery systems; and conventional deterrence through the fielding of a large, heavily-armed, forward-deployed military that presents a constant threat to [South Korea], particularly the [Greater Seoul metropolitan area]."