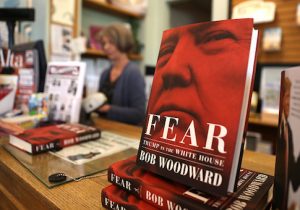 The book derides Mr. Trump as unhinged and claims there has been an administration coup d’etat by senior aides, who conspired against the president and blocked his policies.