A media outlet tied to the Iranian-backed Hezbollah terror organization published a list of American bases in the Middle East as "possible targets" for a retaliatory attack following the U.S. airstrike that killed Iranian military leader Qassem Soleimani.

The pro-Hezbollah Lebanese newspaper Al-Akhbar on Monday published a map detailing the locations of U.S. troops in the Middle East, describing them as "possible targets" for Iranian proxy groups operating in the region.

Regarding Oman, the map says it "allows the U.S. to use its airports and seaports." It also shows a ship in the Indian Ocean off the coast of Oman, representing the area of operations of the Fifth Fleet, a U.S. naval fleet that operates in the Persian Gulf, Red Sea, Arabian Sea, and Indian Ocean.

The publication of these details is the latest intimidation effort by Iranian-allied terror groups following Soleimani's death by a U.S. drone strike in Iraq.

"The Al-Akhbar map claims to show ‘the American military deployment in the region, with each point representing a possible target for the response to the assassination of Soleimani," according to information provided by the Middle East Media Research Institute (MEMRI), which tracks jihadist propaganda.

"It specifies the number of U.S. soldiers in each country as well and the locations of their main bases, divided into air bases, naval bases, and ground forces bases," according to MEMRI's analysis.

The front-page headline of the pro-Hezbollah outlet stated "Great War of Liberation" and included a photo of the 1983 Beirut barracks bombing, in which Hezbollah killed 241 Americans. 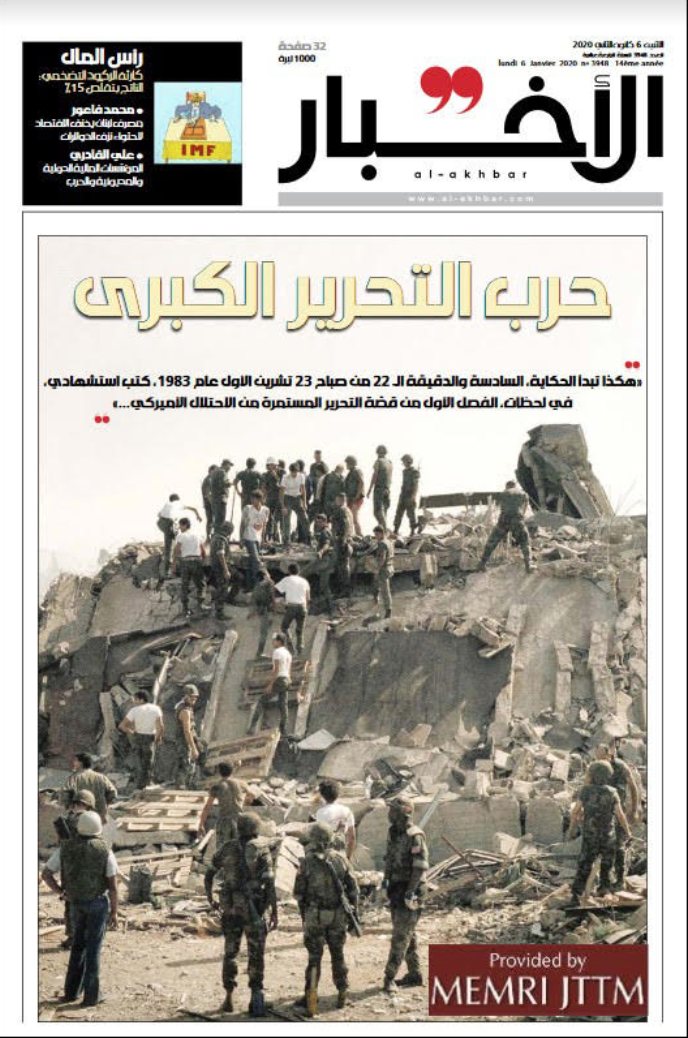