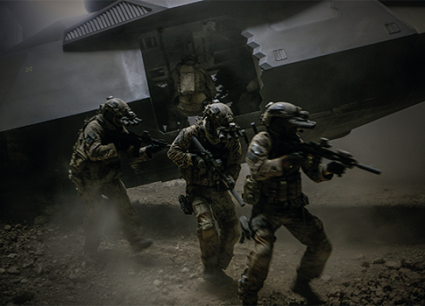 Former CIA officials involved in the hunt for Osama bin Laden hit back at criticism over Zero Dark Thirty’s portrayal of enhanced interrogation techniques (EITs) and defended those techniques as instrumental in the war on terror during a panel discussion at the American Enterprise Institute Tuesday.

"We can argue about how big a role [EITs] played [in tracking down bin Laden]," said former CIA general counsel John Rizzo. "It just defies logic for someone to take a position, an absolute categorical position, that none of it—none of the reports, none of the seven years of detainee reporting—none of it made any difference at all."

While the former officials criticized some of the film’s depiction of EITs—for example, they said the actual interrogators had to follow meticulous approval procedures that were not shown in the movie—they agreed with the film’s suggestion that they played a critical role in tracking down bin Laden.

Members of the Senate Intelligence Committee objected to the movie’s portrayal of the techniques earlier this month, citing a classified committee report that concluded the program was ineffective.

Jose Rodriguez, former director of the CIA’s National Clandestine Service, blasted the report’s conclusion and said many officials who played a direct role were not interviewed for it.

"I would say that before it’s released, it needs to be fixed," Rodriguez said. "If in fact it concludes that the enhanced interrogation program had no value, they need to take a second look and really spend more time and talk to some of us who were involved in the program way back when."

Gen. Michael Hayden, who ran the CIA and National Security Agency under President George W. Bush, said critics of EITs do not take into account the difficult national security decisions intelligence officials are forced to make.

"Let me give you the intelligence officer’s lament," Hayden said. "We are often put in a situation where we are bitterly accused of not doing enough to defend America when people feel endangered. And then as soon as we’ve made people feel safe again, we’re accused of doing too much. I realize that’s my fault, that’s my whining, that everybody might not share that view. But every now and again in a sober, somber, self-pitying moment, I allow myself that."

Rizzo added that those who oppose EITs are often willing to use the information gleaned from these techniques.

Rodriguez said his biggest concern about the backlash against EITs is the chilling effect it could have on future intelligence community efforts to protect the American public.

"Do you remember, Gen. Hayden, at one point, Khalid Sheik Mohammad told us, ‘You know, eventually your own government will come after you,’" Rodriguez said? "And at the time, this was 2003, and we had tremendous support from the Congress still and from the American people to make sure that we weren’t attacked again. We heard it and we kind of laughed."

"The problem is that a few years later, many of us were being investigated."