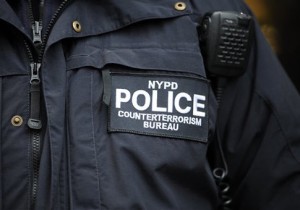 The New York Police Department has been directed by a U.S. court to remove from its online records an investigation pertaining to the rise of Islamic extremists in the West and the threats these individuals pose to American safety, according to legal documents.

As part of a settlement agreement reached earlier this month with Muslim community advocates in U.S. District Court, the NYPD will purge from its website an extensive report that experts say has been critical to the department’s understanding of radical Islam and its efforts to police the threat.

The court settlement also stipulates that the NYPD make a concerted effort to mitigate the impact of future terror investigations on certain religious and political groups, according to a copy of the court documents published by the American Civil Liberties Union, which has spearheaded the case since June 2013.

Legal experts and critics of the settlement maintain that it could hamper future terrorism investigations and view it as part of a larger campaign by Muslim advocacy organizations in the United States to dismantle surveillance programs encompassing that community.

Critics expressed particular concern about the case in light of a recent surge in attacks on U.S. citizens committed by individuals pledging allegiance to terror groups such as ISIS.

A key portion of the settlement focuses on the NYPD’s purported use of a document produced by the department’s intelligence division to examine how radicalized individuals make their way to the United States and carry out terror attacks.

The document, "Radicalization in the West: The Homegrown Threat," aimed to provide local law enforcement and policy makers with information about domestic terrorists and their operations.

As part of the settlement agreement, the NYPD will be forced to remove the publication from its database and vow not to rely on it in the future.

The settlement further affirms that the NYPD will be "committed to mitigating the potential impact" of future investigations on political and religious groups, such as those in the Muslim-American community.

While NYPD officials would not comment Thursday when contacted by the Washington Free Beacon, a spokesperson directed a reporter to a recent press release affirming the department’s commitment to upholding the court settlement.

The NYPD and relevant New York state agencies will "provide additional guidance to police officers as part of a settlement of lawsuits accusing the NYPD of improperly investigating Muslim groups," according to the Jan. 7 press release. "While the City did not admit to engaging in any improper practices, the changes represent an effort to provide more detailed guidance to NYPD personnel within the existing Handschu Guidelines," which govern how authorities investigate political activities.

The NYPD confirmed that it would remove from its website the 2007 radicalization report.

The department will additionally incorporate into the guidelines "police policies against religious profiling" and insert an additional "provision for considering the impact investigations have on people who are not targets of investigations," according to the statement.

John Miller, the NYPD’s deputy commissioner of intelligence and counterterrorism, maintained in a statement that the settlement would not "weaken the [department’s] ability to fulfill its steadfast commitment to investigate and prevent terrorist activity in New York City."

However, some experts have cast doubt on this statement, claiming that the decision to delete the anti-terrorism handbook will impact officers’ ability to understand how terrorists organize and operate in the United States.

Benjamin Weingarten, a writer and national security analyst who has covered the court case, said that local police departments should be relying more heavily on the now-banned counterterror analysis.

Referring to the recent shooting of a Philadelphia police officer by a radicalized individual who allegedly pledged allegiance to ISIS, Weingarten noted that the assailant followed the "‘four stages of radicalization’ detailed in the NYPD report."

The information about radical terrorists provided in "the NYPD’s analysis may have at the least led Philadelphia authorities to dig deeper and flag him," he said.

The settlement further reflects a larger cultural shift in America that shuns terms such as "war on terror" and "Muslim terrorism," Weingarten said.

"To pursue a see-no-Islam counter-jihadist strategy is not only absurd and contradictory on its face, but its a severe dereliction of duty—ignorance is not an excuse, and it represents a failure to do everything necessary to defend against an ideology that seeks to undermine the Constitution and subvert and destroy Western civilization again, according to Islamic supremacists themselves," he said.

Stephen Coughlin, an attorney and intelligence officer, expressed concern about what he described as a widening attempt by local and federal authorities to redefine the nature of domestic counter-terror efforts.

"I am greatly concerned with the imposition of [the case] which, I believe, exists to replace counter-terror efforts," Coughlin said. "This is a continuation of a purging of evidentiary based counter-terror analysis first initiated in 2011."

The ACLU and Muslim community advocates initially filed the lawsuit following reports after the 9/11 terror attacks that the NYPD was running a domestic spy operation centered on the American-Muslim community.

The ACLU, which would not comment on record for this report, directed the Free Beacon to a recent editorial published in the Guardian celebrating the court decision.

"Bias-based policing legitimizes religious discrimination, It can pave the way to copy-cat approaches by other agencies and set the stage for hate crimes nationwide," wrote Hina Shamsi, director of the ACLU’s national security project, and Ramzi Kassem, a law professor at the City University of New York.

"We hope the settlement announced this week pulls our city and its police department out of a downward spiral by reaffirming core values and principles, ones just as necessary to a local police force as they are to a rational debate on civil rights and liberties nationally," they wrote.