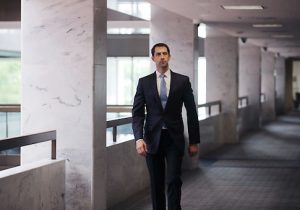 Republican Sen. Tom Cotton (Ark.) on Tuesday called on the U.S. government to "express our support" for the people of Iran who are protesting against the Iranian regime.

Cotton discussed the ongoing anti-government protests in Iran, which erupted last Thursday and have spread throughout the country, and how he believes the U.S. should respond during a radio interview with Hugh Hewitt.

When asked what he made of the protests, Cotton said the most fundamental action that President Donald Trump, other elected officials, and the U.S. government as a whole should take is to "express our support for the Iranian people and their desire not just to protest, but the cause for which they protest."

Cotton said the Iranian people have a right to protest for the hope to live in a country that is stable, provides a decent standard of living, and does not take their money and children's lives to pursue violent foreign policies in the Middle East.

The protests, the biggest challenge to the Iranian government's authority since mass demonstrations in 2009, initially focused on rising costs and economic mismanagement by the regime, but quickly turned to political and social issues, including criticism of Iran's theocratic system of rule.

Cotton said that Trump should use his authority from past laws passed by Congress to impose "broad, far-reaching" sanctions against individuals associated with oppression of human rights inside Iran.