Several dozen U.S. commandos were dispatched to Syria in November as part of the Obama administration’s latest strategy to defeat the Islamic State, also known as ISIS and ISIL, in Syria, Iraq, and elsewhere.

"Through even a small number of these highly trained operators, the full might of America’s airstrikes, intelligence, logistics and know-how can be relentlessly focused on the enemy," Carter told troops of the 101st Airborne Division during a speech at Fort Campbell, Kentucky.

The commandos are engaged in covert intelligence-gathering, targeting of enemy forces, and providing advice and assistance to local rebel forces.

While not providing specifics, Carter said in a speech that "these forces have already established contact with new forces that share our goals, new lines of communication to local, motivated, and capable partners, and new targets for airstrikes and strikes of all kinds."

"These operators have helped focus the efforts of the local, capable forces against key ISIL vulnerabilities, including their lines of communication," he said. "They are generating new insights that we turn into new targets, new strikes, and new opportunities."

The objective of deploying the commandos is to create what Carter called a "virtuous cycle of action" to bolster local Syrian rebel forces he did not identify.

The operations are "generating new tactical and operational ideas" such as flushing ISIL terrorists out into the open, curbing the group’s power base, its finances, and its maneuver space.

Carter said the commandos are "the most elite" U.S. forces and their support "sends an unmistakable message to both ISIL and moderate Syrian opposition—that the United States and the coalition it leads will prevail in this fight."

The defense secretary said the terrorist attacks in Paris, San Bernardino, and elsewhere followed the acceleration of the campaign against ISIS and highlighted the need to step up actions.

"Since then, we have not only gathered momentum but done even more, and are now pressuring ISIL in Iraq and Syria on more fronts than at any other point in the campaign," he said.

Defense officials disclosed this week that ISIS terrorists are moving from Syria and Iraq to Libya in large numbers. Up to 500 ISIS terrorists were tracked recently to Libya, where the group is seeking to expand operations in the largely-ungoverned state.

Reports from the Middle East, however, have stated that key ISIS leaders and operatives have been arrested or killed in recent operations.

On Monday, a pro-ISIS website posted photographs of what appears to be a U.S. drone that was shot down by the group’s fighters in western Iraq. 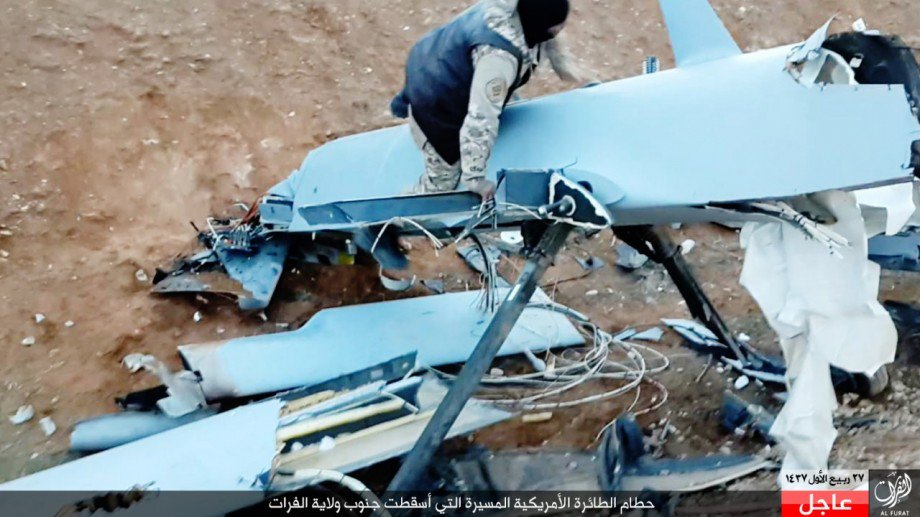 As the operations continue, pressure is being intensified in Syria and Iraq and elsewhere.

"Our military campaign… [is] focused on three military objectives: One, destroy the ISIL parent tumor in Iraq and Syria by collapsing its two power centers in Raqqah and Mosul; two, combat the emerging metastases of the ISIL tumor worldwide; and three, protect the homeland," he said.

In addition to special operations raids, the campaign included "cyber tools," intelligence activities and provision of equipment and logistics support.

ISIS leaders are using Raqqah in Syria and Mosul in Iraq as control points for nearby territories. They have gained money and fighters there, and are using their safe-havens for recruiting terrorists and conducting propaganda activities.

"We will begin by collapsing ISIL’s control over both of these cities and then engage in elimination operations through other territories ISIL holds in Iraq and Syria," he said.

Once defeated in Syria and Iraq, operations will shift to other parts of the world.

According to Carter, the campaign is impacting the terrorist group’s ability to move fighters and material by cutting off key transit routes and targeting finances and black-market oil sales, a key source of cash.

"We are dismantling ISIL’s war-sustaining finances, targeting its oil production and its industrial base, and we’re using some new methods to hit ISIL in its wallet," Carter said, noting an attack on a bulk cash center in Mosul.

In Iraq, a specialized expeditionary targeting force set up in December is working with Iraqi forces to take out ISIS commanders and other key targets.

The goal in Syria is to retake Raqqah. Other operations helped retake ISIS-controlled areas of the Turkish-Syrian border and a dam and surrounding villages that have limited the terrorists’ resupply efforts.

Carter said current operations also are focused on sustaining gains and helping local forces so that the ISIS will not regenerate capabilities.

The 101st Airborne troops heading to Iraq will train both Iraqis and Kurdish forces to retake the key city of Mosul from ISIS forces.