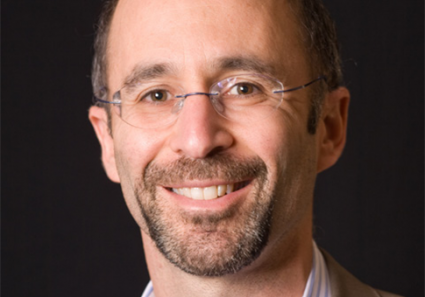 An anti-Israel diplomat who was kicked off the 2008 Obama campaign after he was caught negotiating with the terror group Hamas is under consideration for a State Department advisory post, the Washington Free Beacon has learned.

Robert Malley, a longtime government insider who worked for former President Bill Clinton and advised then-Sen. Barack Obama, is said to be on Kerry’s shortlist for deputy assistant secretary of state for Near Eastern Affairs, according to reports and sources. He currently serves as the Middle East director of the International Crisis Group (ICG).

If tapped for the job, Malley would be in charge of the Israel-Palestinian peace process, according to Al Monitor.

Another source familiar with the issue told the Washington Free Beacon that Malley has quietly been confirming that the Al-Monitor report is accurate.

Malley has a controversial anti-Israel history that includes chastising the Jewish state while negotiating with Hamas. He also has defended Hezbollah, as well as other violent and illiberal Middle East factions.

A State Department spokesman did not respond to a request for comment.

Malley’s most prominent misstep came in 2008 when he was fired from his post as an adviser to then-Sen. Obama after he entered into direct negotiations with Hamas.

"He was one of literally hundreds of informal, outside advisors," Obama’s then-spokesman Bill Burton told ABC News at the time after controversy erupted over Malley’s diplomatic visit.

One source close to the issue told the Free Beacon that the likely appointment "certainly raises eyebrows—not about Malley, but about Kerry."

"It is surprising that Kerry would pick such a high profile choice who has been involved in so many controversies," said the source. "He’s been surprisingly slow to identify who his [Middle East peace] team is going to be. It’s a surprising decision from Kerry."

"Israeli Prime Minister Ehud Olmert will need to negotiate a political deal with Abbas, who will have to receive a mandate to do so from Hamas," Malley wrote in 2008 in the Washington Post.

"Otherwise, no matter how many times President [George W.] Bush travels to the region, there is no reason to believe that 2008 will offer anything other than the macabre pattern of years past," he said.

When Hamas took control of the Gaza Strip in  2006, Malley said an opportunity had arrived finally to achieve peace.

"Even on the diplomatic front, Hamas' victory is not necessarily a fatal setback," Malley told the Common Ground News Service in 2006. "The Islamists' approach is more in tune with current Israeli thinking than the [Palestinian Authority’s] loftier goal of a negotiated permanent peace ever was."

The Hamas victory was a direct result of "Israeli settlement expansion," Malley claimed at the time.

"The vote expressed anger at years of humiliation and loss of self-respect because of Israeli settlement expansion, Yasser Arafat's imprisonment, Israel's incursions, Western lecturing and, most recently and tellingly, the threat of an aid cut off in the event of an Islamist success," he said.

Hamas later severed Palestinian Authority influence in Gaza through a violent coup and in the area under its control has implemented extremist policies such as gender segregation,as well as continuing acts of violence against Israelis.

Malley, who serves on the advisory council for the liberal fringe group J Street, has repeatedly blamed Israel for the failure to achieve peace despite the Palestinian peoples’ continued support of terrorism.

"For the Palestinians, to accept today a cessation of hostilities while gaining only an end to the Israeli encirclement of their territory, that means that they fought four months to return to the preceding status quo," he said in a 2001 interview.

"It is the impossibility of accepting that for Arafat which condemns the strategy of Sharon. A political opening (immediate concessions of Israel on the colonies or a transfer of the territories and resumption of the peace process) is essential."

Malley also chastised the Jewish state for defending itself during the Second Intifada, or Palestinian uprising, during which Israel was subjected to a campaign of suicide bombings.

"Security concerns can legitimately explain some of the Israeli Army's actions," he wrote in the New York Times in 2002.

"But in more than one instance, that rationale would be difficult to sustain," Malley added, alleging that Israel had intentionally destroyed Palestinian medical facilities and "school records" in order to further "its political goals."

Malley has taken aim at Israeli Prime Minister Benjamin Netanyahu in recent years, claiming the Israeli leader’s warnings about Iran are meant to distract from the Israel-Palestine peace process.

"Virtually the entire international security conversation has become monopolized by Iran, turning Netanyahu's 15-year obsession into a global one," Malley wrote in Foreign Policy in 2012.

Malley also has criticized President Barack Obama for not considering a policy of nuclear containment regarding Iran.

Obama "took containment of a nuclear-armed Iran off the table—even before any serious discussion of this option has taken place and just as influential U.S. voices had begun making the case for it," Malley wrote.

"Rob Malley has a history of distorting history," said the source. "As someone who is not trusted by the parties, having him work on these issues, when there are so many better choices, seems counterproductive. … If history is any guide,  Malley will do his best to fault Israel, regardless."

A spokesperson at Malley’s ICG did not return a request for comment about the possible posting.