What is a job for? Is its purpose to help employees grow? To actualize their best potential futures and shift their paradigms? To provide space for sharing bold visions in a dynamic environment that nurtures creative minds such that maybe, just maybe, we all finish the day having learned little bit about ourselves?

No. The purpose of a job is for an employee to provide the owners of capital with labor in return for money.

The same goes for interns, but more so. You know all that happy talk about an internship being an opportunity for you to get to know a field and learn some professional skills? This is incorrect. It's about managers getting a look at potential hires for little or no money, and a way for them to hook up their friends' children with advantageous positions to begin a bleak, desperate life scrambling for scraps tossed from the masters' table.

Everyone has to learn the lessons of life eventually—and that is why the anonymous manager who fired almost his whole class of summer interns en masse when they petitioned to relax the company dress code is a 2016 Free Beacon Man of the Year.

This hero came to America's attention when the ringleader of the dress code rebellion asked for advice at askamanager.org. In a letter that was one-part obnoxious, one-part indignant, and all-parts un-self-aware, this little Pol-Pot-in-yoga-pants wrote that she was "shocked" to have been let go after organizing the movement to allow workers to wear "running shoes and non leather flats, as well as sandals" and to drop the requirement that they wear "suits and/or blazers."

After all, the intern said, she wrote the petition "professionally" and employed "arguments that were thought out and well-reasoned" just like she "learned about in school."

Check it, youngster. Whatever you learned about in "Intro to Intersectional Wokeness" isn't going to fly in a professional setting—not while we can help it. Our hero manager had the genius to intuit that he was facing not just a group of obnoxious millennials, but also, possibly, one of those moments in history, those sparks, those tipping points, that could bring the whole thing crashing down. If he blinked here, what would be next? State socialism, almost certainly—and then it's just a hop, skip, and a jump to the killing fields.

Not on his watch. Fact is, the interns ought to be grateful to our Man of the Year, because he taught them something more important than anything they'll learn in school. He taught them that self-actualization—not to mention the coveted Free Beacon Man of the Year award—is for closers. 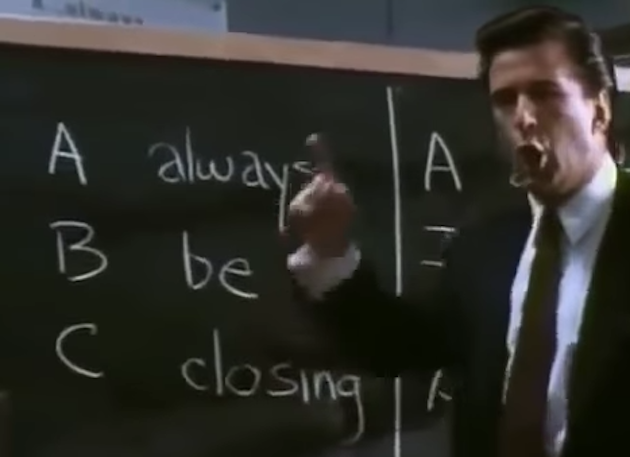