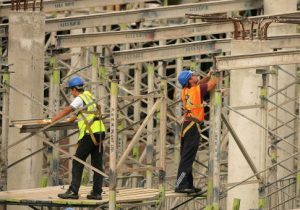 A national labor watchdog says the federal government's top labor arbiter should launch an inquiry into allegations that an Obama appointee leaked the decision to vacate a ruling to labor lawyers ahead of its official release.

The Competitive Enterprise Institute sent a letter to the National Labor Relations Board, which oversees labor disputes and union elections, asking the agency to investigate boardmember Mark Gaston Pearce for violating federal ethics rules by disclosing private board deliberations. On Feb. 25, Pearce told a gathering of attorneys at a conference held in Puerto Rico that the board planned on vacating its Hy-Brand Industrial Contractors decision, which overturned an Obama-era ruling that held parent companies responsible for labor violations committed by subcontractors and franchisees. The agency did not announce the decision until Feb. 26.

CEI, a pro-free market think tank, says the agency must investigate whether Pearce violated agency rules designed to protect internal proceedings. NLRB guidelines say "no present or former employee or specially designated agent of the Agency will produce or present any files, documents, reports, memoranda, or records of the Board or of the General Counsel … without the written consent of the Board or the Chairman of the Board," and it remains unclear whether Pearce obtained permission before he disclosed the decision to vacate the Hy-Brand ruling.

"To protect the integrity of Board proceedings in the ongoing Hy-Brand case, an investigation is required to understand the conditions, and if any violations occurred, surrounding Board member Pearce’s public disclosure of Board internal deliberations," CEI said in its letter.

The board's decision to abandon the Hy-Brand ruling reinstated a controversial decision made by the NLRB during Pearce's tenure as board chairman. In the 2015 Browning-Ferris case, the NLRB overturned decades of precedent known as the joint-employer standard to hold a parent company liable for workplace violations allegedly committed by a subcontractor. In December, the board reinstituted the old standard through the Hy-Brand case, but that decision was tossed after NLRB inspector general David Berry declared that Trump-appointed boardmember William Emanuel should have recused himself from the case because his former law firm challenged Browning-Ferris.

Berry's memo has attracted opposition from critics who say it hinders management-side attorneys from deciding consequential cases without holding union attorneys to the same standard. Berry's approach to recusal also inspired criticism within the agency. In January, the NLRB's "Designated Agency Ethics Official" said there was "no obligation that Member Emanuel recuse himself" in the case. The IG ordered the ethics officer "not to provide a written Ethics opinion on this subject," according to a response filed by Emanuel's attorney.

The agency declined to comment on Pearce's purported leaking and did not answer questions about the inspector general's decision to suppress disputes over Emanuel's conflict of interest.

Trey Kovacs, a labor expert at CEI, said the agency has utilized a double standard in approaching ethics complaints based on the partisanship of board members. In 2012, Republican boardmember Terence Flynn was forced to resign for leaking board deliberations to allies. Berry said Flynn's leak "eviscerates the due process procedures that the board has established." Then-chairman Pearce accepted the resignation.

"There appears to be a troublesome double-standard at the NLRB," Berry said in a statement. "The NLRB Inspector General has been expanding conflict of interest standards far enough to obstruct the Trump NLRB from functioning, yet the investigative office has not examined whether Democratic member Mark Pearce improperly disclosed confidential material about an important case."

Industry groups support the investigation given the stakes of the joint-employer rule. Matthew Haller, spokesman for the International Franchise Association, said Pearce's leak calls into question the agency's handling of all joint-employer rules. IFA has been calling on Congress to set the previous joint-employer standard—which absolved parent companies when franchisees alone violated labor standards—into law. In November, the House passed the Save Local Business Act to codify the standard, but the Senate has yet to take up the bill. Haller said CEI's letter "raises important questions" about the handling of ethics complaints but says the back and forth over joint employment stresses the need to remove interpretations of labor law from the hands of regulators.

"I didn't think it was possible, but this potentially throws the broader joint-employer question before the board into even greater uncertainty," Haller said. "Our members are frustrated with the continued uncertainty created by the ongoing drama around this issue and are hopeful Congress addresses this once and for all."

Pearce is in his final months as a board member. His term is scheduled to end in August.